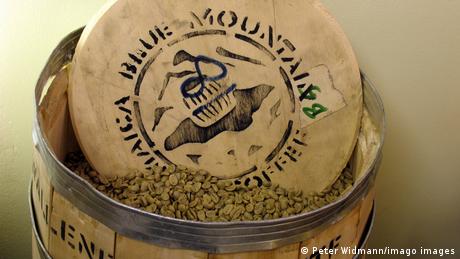 Every morning, as Kazunori Kamiyoshiwara starts his working day in the bustling Chuo district of Tokyo with a mug of coffee, it reminds him of the spectacular peaks of the Blue Mountains of Jamaica, where the haze creeps through the valleys and gives the region its name.

It may be almost exactly 12,900 kilometers (8,015 miles) from Tokyo to the Blue Mountains, but that first coffee of the day transports Kamiyoshiwara to a place that has almost religious significance to millions of aficionados in a country that takes its coffee seriously.

And Kamiyoshiwara has a personal connection to the brew; as director of Japanese coffee importer Ataka Trading Co., he has made the pilgrimage to Jamaica’s coffee plantations.

So important is Jamaican Blue Mountain Coffee to the Japanese that they have even set aside a day, January 9, in its honor.

It is a relationship that dates back more than half a century and reminds the Japanese of the first seeds of recovery they experienced after the end of World War II, Kamiyoshiwara said, although he admitted that the trans-Pacific relationship has also seen some testing times.

But today, the love affair shows no sign of abating among those who really know their coffee.

“Jamaican coffee was first imported to Japan in the early 1950s, at the very start of the economic recovery after the war years and as some people finally had enough money again to buy premium coffee,” he said.

“In those days, Blue Mountain Coffee was promoted by small-scale roasters in Japan as being the coffee that the British royal family drank, so it was the one that everyone hoped to be able to have,” Kamiyoshiwara added.

“But it was also important as we associate Jamaican coffee with a high-quality import that was available again and meant that the worst years after the war were behind us.”

Initially, imports had to come from the UK and it was not until 1952 that the first shipment direct from Jamaica was unloaded in Japan. Its popularity soon caught on and imports grew steadily for the next 30-plus years until, by the late 1980s, Japan was importing fully 90% of the coffee bearing the Blue Mountain logo.

The coffee that is grown in the Blue Mountains is famous in Japan for its distinctive aroma, sweetness and for giving a “clean” brew, attributes that are the result of the “perfect” climate, altitude and growing conditions where it starts out.

Jamaican coffee — which can trace its roots back to the early 1700s — is from the Arabica Typica variety, which yields beans that are more delicate and flavorful than the Robusta beans raised in other countries. It also has two-thirds less caffeine than standard coffee.

Despite its popularity in Japan, the Jamaican coffee industry has experienced a number of major setbacks in recent decades. Most plantations were devastated in a huge hurricane that hit the Blue Mountains in 1988 and crippled production.

The Japanese government provided grants and assistance to help the industry get back on its feet, only for another hurricane in 2004 to cause further damage.

Prices for the raw beans subsequently rose and other countries began to snap up Jamaican output, notably China, and Japan is now importing around 500 tons a year, said Kamiyoshiwara.

Ataka Trading is one of six Japanese companies that make up the Association of Japanese Importers of Jamaican Coffee and were instrumental in the 2018 creation of January 9 as Jamaican Blue Mountain Coffee Day in Japan.

The date is significant, Kamiyoshiwara said, as it was the day on which a cargo ship left Kingston port carrying 1,400 bags of Jamaican coffee, more than 60% of the entire 1967 crop and such a significant deal — for both countries — that it was the lead story in Jamaican newspapers the next day.

In a message to mark this year’s Blue Mountain Coffee Day, Norman Grant, president of the Jamaica Coffee Exporters’ Association, praised the efforts of 5,000 coffee farmers and 102,000 coffee plantation families for their hard work in a year that has proved significantly more challenging because of the coronavirus pandemic and called on them to redouble their efforts in the year ahead.

“Let’s sip and share a cup of the world’s best coffee, the King of Coffees, and experience this sophisticated coffee experience,” he said. “Jamaica Blue Mountain Coffee, the winning bean and a coffee of unmatched quality.”

Burkina Faso: ‘Terror is a big part of the economy’