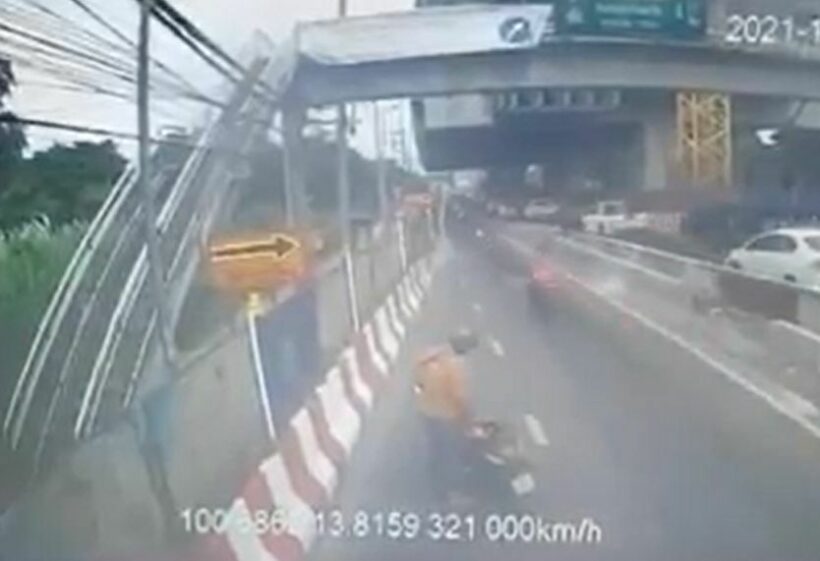 A junior police officer is facing attempted murder charges after he fired a gun at a passenger bus in Bangkok’s Bang Chan district on Tuesday.

A video of the incident shared on social media shows a motorcyclist, cutting off the bus, forcing it to stop. He walked up to the bus driver and then went back to his motorcycle where he picked up a gun. The bus drove off and the motorcyclist followed and fire a shot a the bus. The bullet hit a side mirror and no one was injured.

The bus driver told police the motorcyclist cut him off to ask him if the emissions from the bus were within legal limits. The man then went to his then went back to his motorcycle and pull out a gun. The bus conductor filmed the incident and turned it in to police.

Officers searched the motorcycle’s licence plate and say it belonged to 28 year old Kampanaart Chaiyakarn, a junior police officer. He turned himself in that same day and reportedly told police that he was stressed from an argument with his girlfriend.

Kampanaart is facing charges of attempted murder, carrying a gun in public areas, and firing it without reason. He could also face disciplinary action from his superior officer.

US introduces new restrictions for international arrivals from Monday