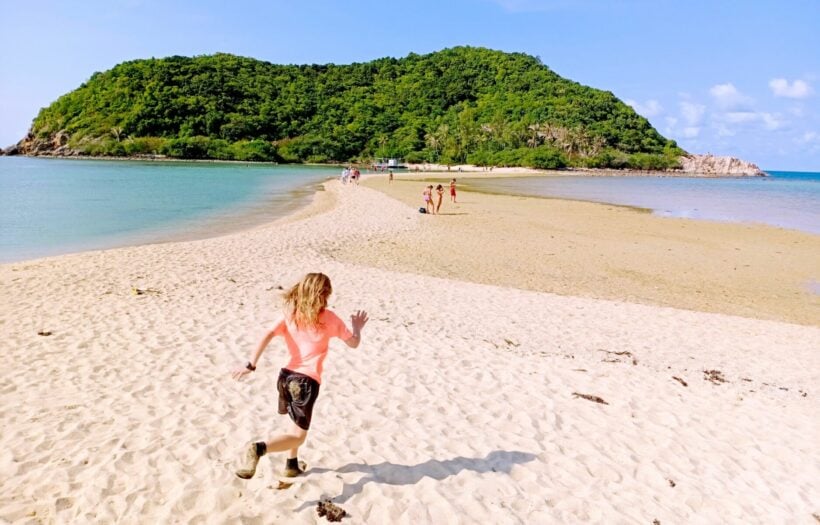 Open your suitcases and your chakras – Koh Phangan has been ranked as the top destination for a workation – an increasingly popular way of squeezing in a getaway while continuing to work. The popular tourist island in the southern Thailand province of Surat Thani, ranks number one out of 16 choices gathered and analyzed by William Russell, a prominent health, life, and income insurer.

The list was calculated by considering 4 main factors that are important for somebody trying to have a holiday while still getting some work done: accommodation costs, internet speed, safety, and of course, fun. Koh Phangan, known for its new age spiritualistic and hippiesque northern shores as well as the world-famous wild and drunken Full Moon Party on the south of the island, edged out the Gran Canaria of Spain to take the top workation spot.

The Spanish island was ranked second while Lisbon, the capital of Portugal, captured the third spot on Russell’s list. Austin, Texas, and Sao Paulo, Brazil rounded off the top 5. The rest of the top 10 can be found at the end of this story. Thailand has frequently made top workation lists, with Bangkok being ranked #1 on a similar list last year.

A government spokesperson celebrated the top ranking as a chance to talk up the government’s work in bringing back tourism to Thailand and to boost the southern provinces, commenting that the promotion of Thailand’s idyllic islands is part of their 20-year national strategy to attract visitors to the country from around the world.

“The island [Koh Phangan] is suitable for long-term stay and thanks to its Full Moon Parties, it is famous among Thai and foreign tourists. The PM [PM Prayut Chan-o-cha] also believes promoting Andaman provinces will attract more tourists to Thailand, which will not only generate revenue at the local level but also result in economic recovery.”

Koh Phangan achieved the number one workation ranking by being highly rated in both safety and fun, as well as having the second cheapest monthly cost of living, calculated at US $1051, with only Buenos Aires, Argentina being considered cheaper. But Phangan’s internet speed, calculated at 24 Mbps (we’re guessing between the not-infrequent planned power outages on the island), is 4 times faster than the Argentinian speeds, and considered sufficient for online work.

The government commented that they will continue to promote Surat Thani as well as attempt to make world-class destinations out of Phuket, Krabi, Phang Nga, Ranong, Satun, and Trang provinces on the Andaman sea.

The top 10 best locations for a workation and their details are:

For more information on the Thailand Elite Visa, CLICK HERE