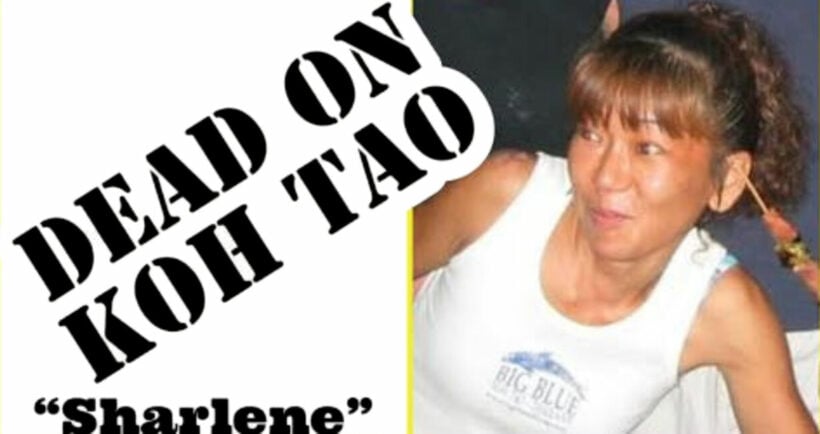 A sad case of a foreigner found dead on Koh Tao 17 years ago has resurfaced after a recent post on Facebook has brought attention to it again. But is the post an attempt by the Facebook account to get attention and hits by capitalising off of tragedy, or are they calling to light suspicious circumstances in the death of a Japanese scuba instructor on Koh Tao in 2004 where what was ruled suicide could in fact be murder?

The post was made on a Facebook account called Koh Tao Death Island that has since posted dozens of follow-up posts linking to other media coverage as well as responding harshly with anyone who disagrees with their theories on the death of the scuba instructor and others.

The case is of a woman named Yoshie “Sharlyn” Sazawa that lived on the island for 12 years and worked as a scuba instructor before her untimely death. The police ruled her death a suicide based on circumstantial evidence at the time. According to the chief of the Surat Thani Provincial Police, the Koh Tao police investigated thoroughly at the time and concluded that the Japanese woman was not murdered.

According to the official police version of what happened, the Japanese scuba instructor was a tourist who rented a small house in Ban Mae Hat, in Moo 2 on a hill. She was found dead in her house, and a farewell letter to her relatives was also found in the house. There was no evidence or indication that any other person had been involved in her death or that it was murder. An autopsy ruled the death to be a suicide and her family agreed that the results put an end to the investigation.

But according to reports and posts on the Koh Tao Death Island page, there are inconsistencies in that account. Some claim it took days to find the Japanese woman’s body and that she was found outside the house, rumoured in the jungle with a serious wound. Other sources say it was ruled a suicide even though there was no suicide note, apparently dismissing the one police claim to have found in the house.

Thai authorities respond by saying that the Facebook page is run by a group of foreigners led by an Australian lawyer whose purpose is to stir up controversy and damage Thailand’s reputation by speculating conspiracy theories about cases from the past.

72,000 meth pills found in drug bust with some twists