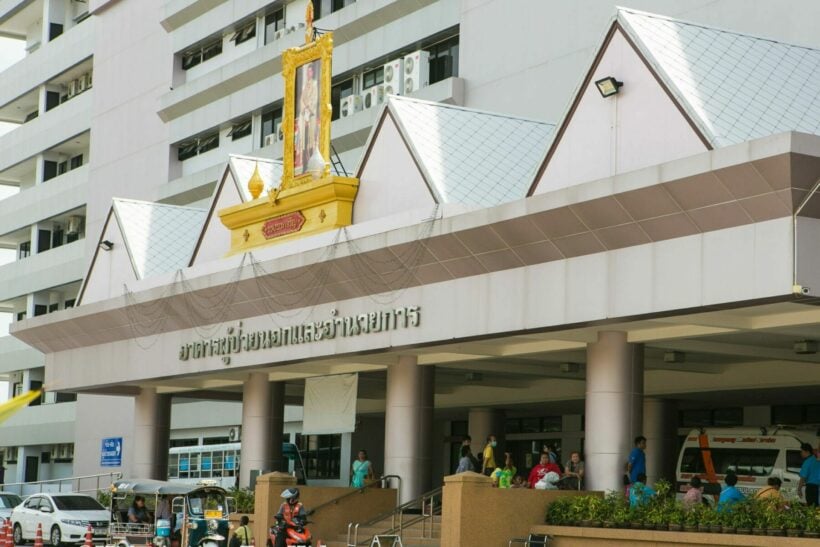 The northeastern province of Korat is seeing its largest hospital flooded today after the Lam Takhon canal overflowed. Marahat Nakhon Ratchasima, was invaded by water at around 4:30am. The water in the front and back of the hospital measured at 50-60 cms deep by mid-morning, making it impossible for small vehicles to enter or leave the property.

The intersection in front of the hospital saw waters rise to 80-90cms, making those needing medical services wade through the water to access the hospital. The provincial governor arrived early in the morning to supervise the water’s draining, while hospital employees were tasked with examining the flood prevention wall for holes. They were instructed to plug the holes and drain the water with pumps.

The provincial administration organisation was asked to build a temporary, elevated walkway from all gates to the hospital buildings. The governor says the situation would return to normal in 2 to 3 days, if there was no more rain. Yesterday afternoon, Lam Takhong canal, which runs from the same-named dam in Lam Takhong in Si Khiu district, overflowed along both sides and into Nakhon Ratchasima city. The governor says the dam has now stopped discharging water downstream.

GPO selling ATKs at 40 baht at 8 centres and online