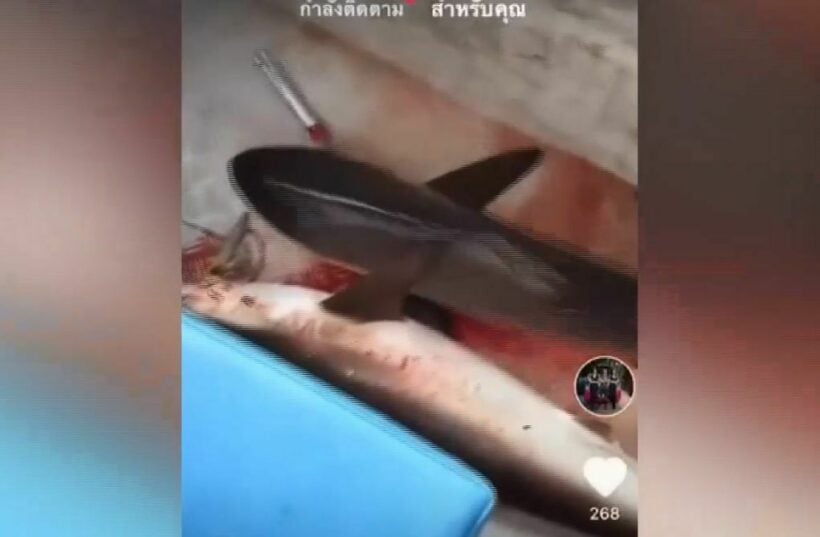 Police arrested 2 men who allegedly killed a shark near Koh Phi Phi off the coast of Krabi in the Andaman Sea. A video posted on the social media app TikTok shows a man firing his gun at a shark that was hooked on a fishing rod. Men reeled in the line and pulled the injured shark onboard. It bled on the boat floor as it flopped around next to another what appeared to be a lifeless shark. The clip went viral and caught the attention of the Krabi marine police.