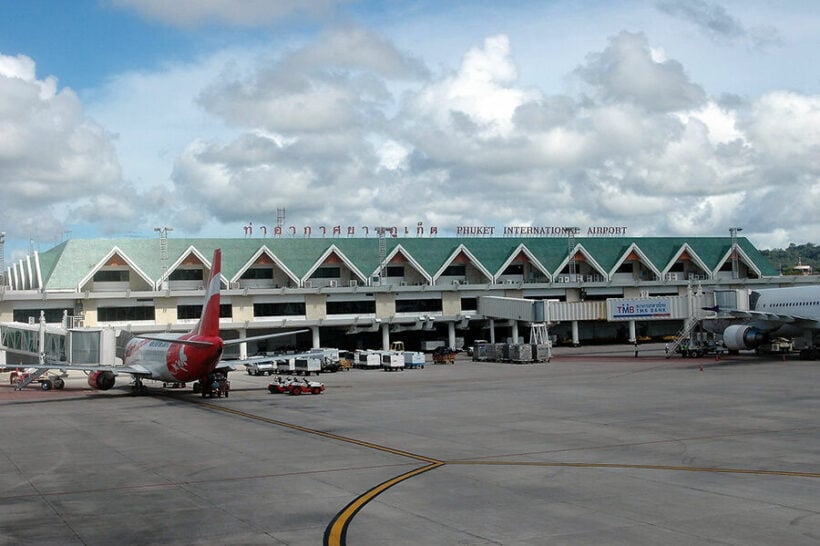 Local airlines are in no rush to be part of Phuket’s much-anticipated July 1 re-opening, due to uncertain demand and the strict rules governing the sandbox model. Tassapon Bijleveld from Asia Aviation, the largest shareholder in Thai AirAsia, says strict domestic travel restrictions implemented on red zone provinces as a result of the third wave, have led to plummeting load factors.

This means airlines need to give careful consideration to resuming Phuket routes, including connecting international locations to the southern island. Many international carriers have announced the resumption of flights to Phuket in time for the island’s re-opening. However, according to a Bangkok Post report, Tassapon believes it’s too soon for local carriers to rush into offering international services to Phuket.

“We won’t rush international services in the early stages of the sandbox as tourist demand is unstable, particularly as vaccinated tourists will be forced to roam the island for 14 days. Re-opening is necessary but we have to wait for steady rules and demand.”

Tourism operators on the island are also feeling uncertain, after the government changed the mandatory stay on the island from 7 days to 14. Vaccinated foreigners who do brave all the bureaucracy and touch down in Phuket will also need to agree to 3 Covid-19 tests during the 14-day period, despite the fact that they will have provided a negative test in order to travel to the island.

Tassapon points out that another concern for airlines who do decide to resume flights to Phuket will be that if demand is low, they may need to cancel flights, which risks frustrating passengers and damaging the carrier’s reputation.

According to Nuntaporn Komonsittivate from Thai Lion Air, the rules of the Phuket sandbox are 1 of the main reasons that airlines are hesitant to resume international flights to the island, given the lack of clarity. He says most airlines plan to wait until the last quarter of the year to gauge demand.

Meanwhile, Suksit Suvunditkul from the Deevana Hotels and Resorts chain says most properties have no plans to re-open before September, given that it is low season on Phuket. Only 15 – 20% of the island’s hotels are open and Suksit doesn’t see that changing in the first 3 months of the sandbox scheme.

He believes most European tourists will stay closer to home, favouring places like Spain, which has re-opened to international visitors with far fewer restrictions. He adds that’s the government’s decision to extend the mandatory stay on Phuket from 7 days to 14 means anyone who did want to visit will now wait until that is lifted.