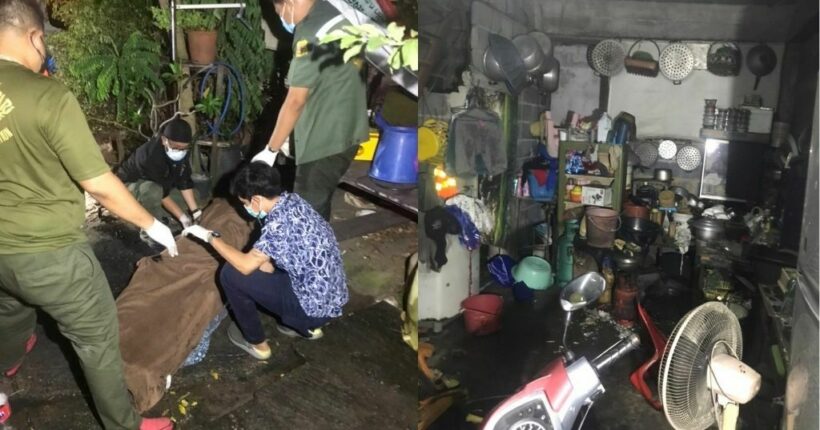 A man poured oil over his neighbour and then set his body on fire while the victim was relaxing on a chair at home. Witnesses saw the man engulfed in flames running out of the house. He survived but was severely burned. One witness says the two men would often fight about the victim’s roosters making too much noise.

35 year old Kriangkrai “Yong” Pimmongkon who lived nearby at a home in of Samut Prakan, just southeast of Bangkok, allegedly went to his neighbour’s house and poured oil over his body before setting him on fire.

The victim, 40 year old Charoen Rukkachart, was seen running out of the house, his body covered in flames. Neighbours quickly got water and poured it on the victim to put out the flames. He was immediately sent to the hospital to treat the burns which spread across his body from head to toe.

A witness says that Charoen’s roosters annoyed Yong and the two men were often seen arguing about it. A police officer told Thai media an argument over chickens seems too mild of a motive, adding that they will continue to investigate the case. According to the suspect’s criminal history, Yong had been convicted in two or three drug cases.

Indonesia and Malaysia agree not to compete over palm oil prices