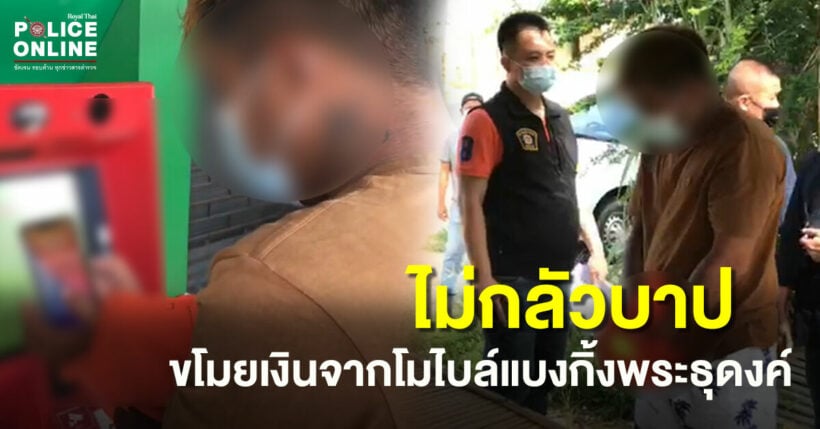 Police in Si Racha, a district south of Bangkok on the Gulf of Thailand have arrested 21 year old “Constitution” and have charged him with “snatching” and stealing at night from a monk.

The monk was relaxing at a “motorcycle resting place”. “Constitution allegedly stole the monk’s cell phone and managed to extract a password for a bank app from the monk.

Subsequently, the man allegedly withdrew money from 9 different times from the monk’s account. Each time he withdrew 30,000 baht, thus withdrawing 270,000 baht in total. Information from the police says the man used cardless withdrawal to extract the money.

The alleged criminal then used the money to open a luxury condo. He was later arrested by the local police where he allegedly confessed to the theft and 2 to 3 other similar thefts from monks or homeless people. Reportedly he stole from the homeless because he assumed they wouldn’t report the theft. It is not known what he stole from homeless people.

However, the monk did go to the police to file a report and the man was subsequently arrested.

Police say they checked the alleged criminal’s background and saw he had previously been in jail for a “snatching case” and was released a few months before he allegedly stole from the monk.