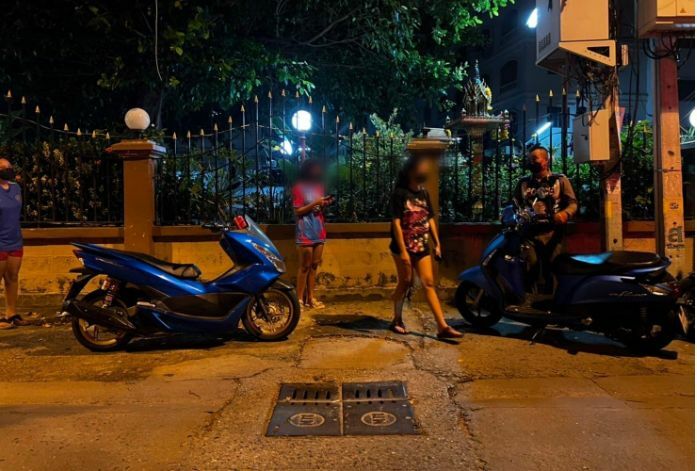 A man allegedly pointed a gun at his ex-girlfriend’s face in the middle of a street in Chon Buri province earlier this week. The 18 year old woman and her 22 year old sister say that on Monday night, the ex-boyfriend followed them on a motorcycle before he pointed the gun at her face. They say he brought up their personal history.

They say the woman begged her ex to stop, but he was “enraged” and began waving his gun in passerby’s direction. The man allegedly only drove off on his motorcycle when he realised someone had called the police. The woman and her sister were still scared when the police showed up, as were several witnesses.

The sister’s name is Rungrujie, however the girl’s name is currently being withheld. The incident happened on a soi in Bang Lamung district of Chon Buri province. Officers from Pattaya Police Station have requested security footage to track the man down.

And in yet another case of domestic violence in Chon Buri last month, one Chon Buri man shot and killed his son, and wounded his wife, while his son was reporting to enroll at school. Reports said the man physically assaulted his wife the month before, and she filed a complaint with the Samet police station against her husband for physical assault and knife attacks.

The week before that, another man in Chon Buri stabbed his sister to death in an argument. The man told law enforcement he and his sister had argued over his drinking habits, and he was so offended by her “false accusations” that he decided to stab her to death.

Who is eligible for a ฿50K 10 year LTR visa in Thailand? The fine print.