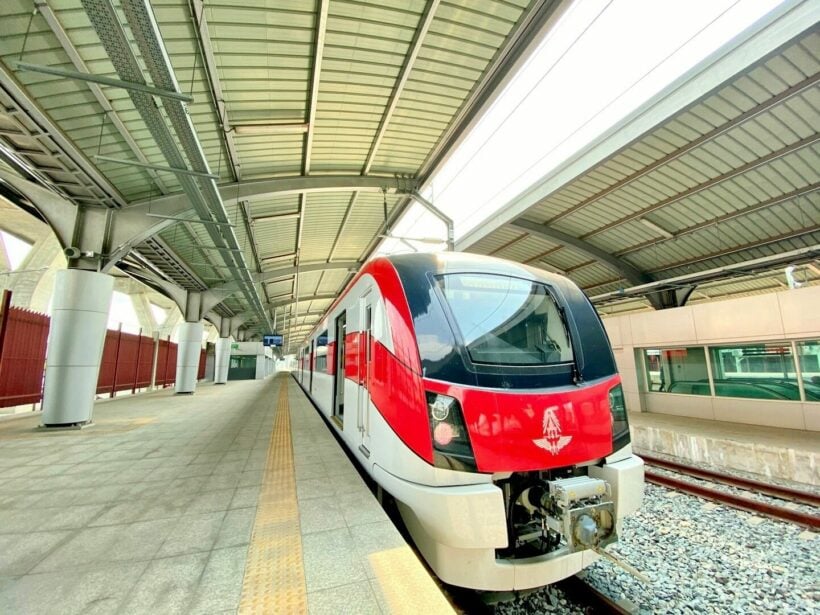 An unidentified man was reported dead after being hit by a Dark Red Line train, of the State Railway of Thailand, between Lak Hok and Don Mueng Stations.

The train operator, SRT Electrified Train Company Limited, insisted that the man wasn’t a passenger and sneaked into the restricted area for some other unknown reason.

The official Facebook page of the SRT train, RED Line SRTRT, yesterday explained that the incident happened at about 10.45pm on Monday, June 20. The page informed readers that the train hit the man 500 metres away from Lak Hok Station.

Train officers temporarily stopped the operation between the 2 stations and found a dead body under the train’s carriage. The SRT says there was no document indicating the identity of the man and his body was sent to Thammasat Hospital.

The SRT team explained that the railway is a restricted area. People are not allowed to access it, there are signs warning people to stay off the lines, iron fences restricting access, and security guards monitoring the area 24 hours a day. The company says it is investigating how the man entered the area.

The SRT confirmed the incident didn’t affect their operation and services. Services were provided as usual because train officers had managed the incident according to the company’s safety standards.

The Facebook page concluded that both police and train officers have checked the train line’s security cameras and will provide an update later.

SRT Dark Red Line is a part of the SRT Red Line suburban railway system, which is still under construction, and will eventually connect Bangkok to nearby provinces, including Chachoengsao, and Phra Nakhon Si Ayuttaya, Samut Songkram, and Ratchaburi. The train line is divided into the Light Red Line and the Dark Red Line. The first construction phase was finished in 2011, the second phase was completed in 2019, and the third phase is still a work in progress

5 best shopping malls in Phuket for 2022

Flip a coin – bumpy ride for the crypto-faithful