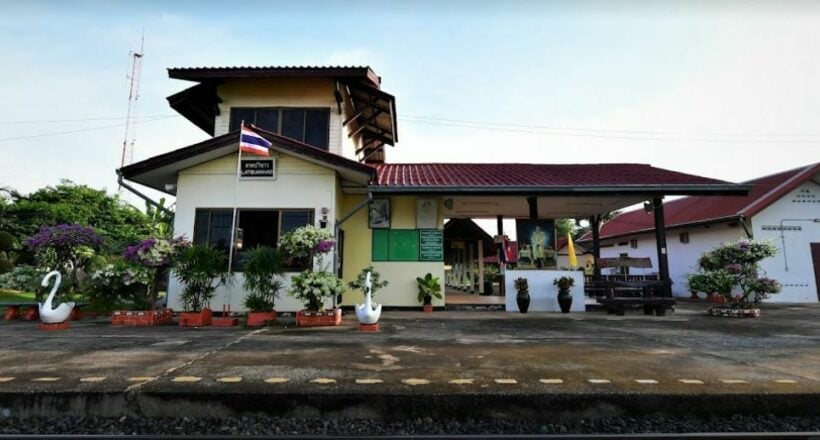 A man in northeast Thailand has stabbed his wife on a train yesterday, after suspecting she was romantically involved with another man. Police said the woman, 31 year old Ratchanok Yimsa-ngob, had decided to go and live with her grandmother in a different district of Nakhon Ratchasima, and the couple was on headed there on the train.

Along the trip, Ratchanok and her husband, Arun Parito, had a fight. The spat got heated, and witnesses told police Arun pulled a knife out of Ratchanok’s bag and stabbed her twice in the back, and once in the neck. Ratchanok then fell from her seat, bleeding, in front of several horrified passengers.

Train staff restrained Arun, and police later took him to Sikhiu police station for legal steps. Ratchanok was still conscious, and rescue workers gave her first aid before transferring her to Sikhiu Hospital for surgery to remove the knife left in her neck. The attack happened on a Bangkok-Surin train.

Police said Arun would be charged with attempted murder. He was due to appear in the provincial court today.

Violent acts from romantic jealousy are frequently are frequently reported in Thailand. Earlier this month, a man in Nakhon Raatchasima shot his wife at her fruit stand at a market, before he turned the gun on himself, committing suicide.

The wife, 43 year old Anong, was discovered face down in a pool of blood when police arrived at the scene. She was taken to Maharat Nakhon Ratchasima Hospital, where she was reported to be in critical condition with a gunshot wound to the head and abdomen.