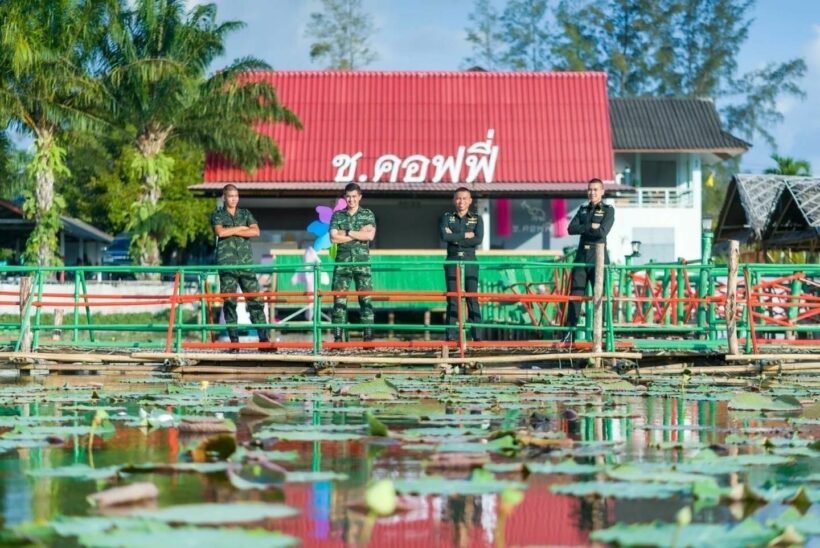 “Sip a coffee and see cool soldiers”… That’s what an advertisement said for a new cafe opened up at the Thai Army 4 camp in the southern province Nakhon Si Thammarat.

Chor Coffee at the Thep Satri Si Sunthon Military Camp made a post on Facebook with photos of drinks, desserts, and men in uniform. It caught people’s attention with more than 5,700 comments, but not all were positive.

Some Thais commenting online say they are interested in checking out the cafe, while others criticise the new cafe, saying it is not the duty of soldiers to work at a coffee shop. Some also asked about the budget used for construction of the cafe and the supplies, questioning whether it was funded by taxpayers.