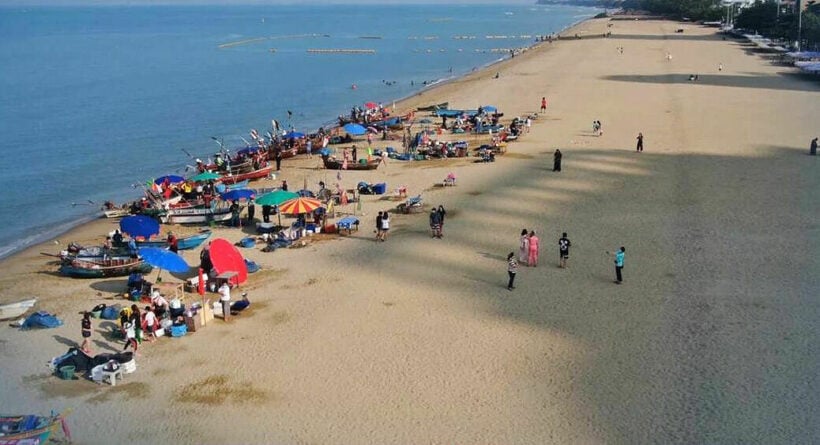 The Na Jomtien municipality mayor says authorities are planning several more fixes to Jomtien Beach in Chon Buri province. The mayor, Rapeepan Rattanakluang, inspected a footpath at the beach following a request by tourists and locals.

Rapeepan said authorities plan to revamp the deteriorated footpath, as well as the road surface. She added that there are spots where street vendors can sell their goods without bothering beach-goers who want to just relax and exercise there. Lastly, Rapeepan said there are plans to plant trees at the beach, create rest areas, and provide workout equipment there.

She noted, however, that a timeline for these goals is not “set in stone”. Rapeepan said authorities will discuss the issues and work to solve them as soon as possible.

This news comes after authorities reorganised the beach’s vendors last month to give tourists more space to enjoy beach vibes after they received complaints that food carts are blocking the traffic and parking areas along the beach.