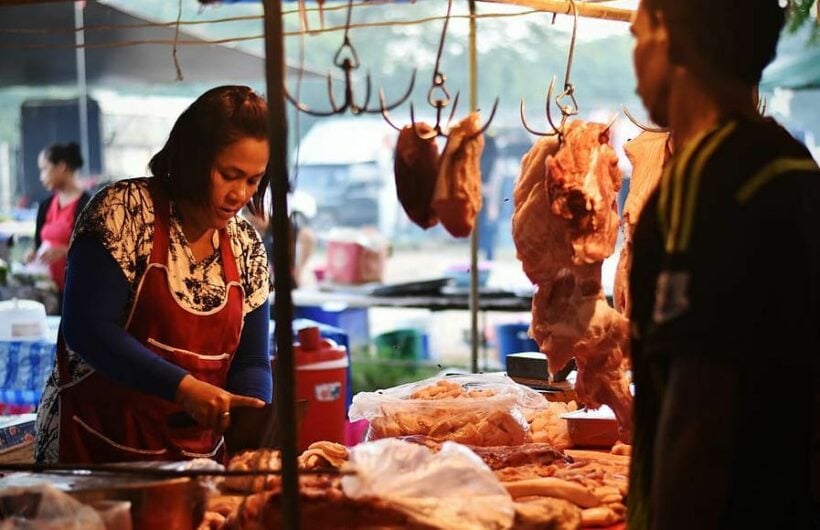 Have you noticed that many Thai street vendors have upped their price for pork dishes by around 5 baht? Some have even stopped selling pork dishes altogether. The price of pork has surged in Thailand and many merchants are now demanding the government to import pork quickly to control the fluctuating prices. They say the high prices are pushing away consumers, and they are failing to make ends meet.

A pork merchant in Bangkok’s Huai Khwang market told the Bangkok Post that if the government won’t step in and help, the price of pork will be sold at 300 baht per kilogram. At this rate, it’s too expensive for a lot of customers to buy.

With the steep increase in price, her sales dropped by more than half of what she usually sold them for. One consumer told the Post that the situation has her hands tied, and she has to buy less than before.

To help control the price of pork and tackle the shortage of , the Thai government set an urgent ban on live pig exports. It’s set to be in place for the next three months.

The government has also conducted a poll to identify the country’s live pig and frozen pork supplies. The outcome will help them with their next steps in overcoming the problem. The Director of the Internal Trade Department will be assigning teams to evaluate pork supplies across the country. The plan is to assess the country’s pork inventory each week until the crisis is addressed. The government has decided to suspend pig exports until April 5, while requesting weekly reports from pig farms, dealers, and operators.

Lastly, the government spokesperson said this past Sunday that this has nothing to do with rumours surrounding the outbreak of African swine fever, which the Department of Livestock is closely monitoring.