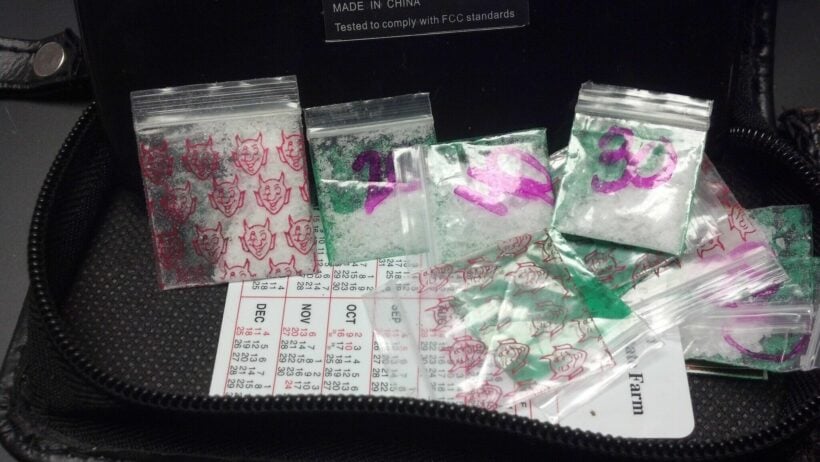 Yesterday, counter narcotics agency, UNODC said the meth production has only gotten stronger in Southeast Asisa this last year, even though border restrictions were put in place due to Covid-19.

A record was even set in 2020 for meth seizures. Almost 20% more meth was seized than in 2019 says the U.N. Office on Drugs and Crime. About 75% of the seizures happened in Myanmar, Laos, Cambodia, and Vietnam.

In their report, the UNODC says:

Despite COVID-19 and its associated restrictions on trade and people’s movements, there has been an overall sustained expansion of the methamphetamine market in East and Southeast Asia

This is in part due to both the mobility of synthetic drug production as well as the continuous supply of precursors and chemicals to manufacturing sites of methamphetamine in the region.

The report adds that despite the record year 2020 was for meth seizures, many countries in Southeast Asia have dropped their meth prices. Which they believe indicates the market is dictated by supply. Although they did not specify what the difference in meth retail was.

Another part of Meth’s success in the region is the “evolution in the range of chemicals” that allow drug rings to concoct the drug.

Jeremy Douglas, UNODC’s Bangkok-based representative for Southeast Asia, says while the Covid-19 pandemic had been detrimental to the global economy, drug syndicates have proven adaptable to the present circumstances and continue to keep pushing supply to augment the market and demand.

Paisit Sangkahapong, deputy secretary-general of the Office of the Narcotics, told Thai media:

Drug syndicates, drug dealers, exploited new techniques by using online methods to trade their drugs or using various social media platforms to conduct their activities. This is something we are monitoring.

Prayut to propose to CCSA to reopen theatres, allow filmmaking

Man stabbed his common-law wife in front of police station

The best places to live for families in Thailand