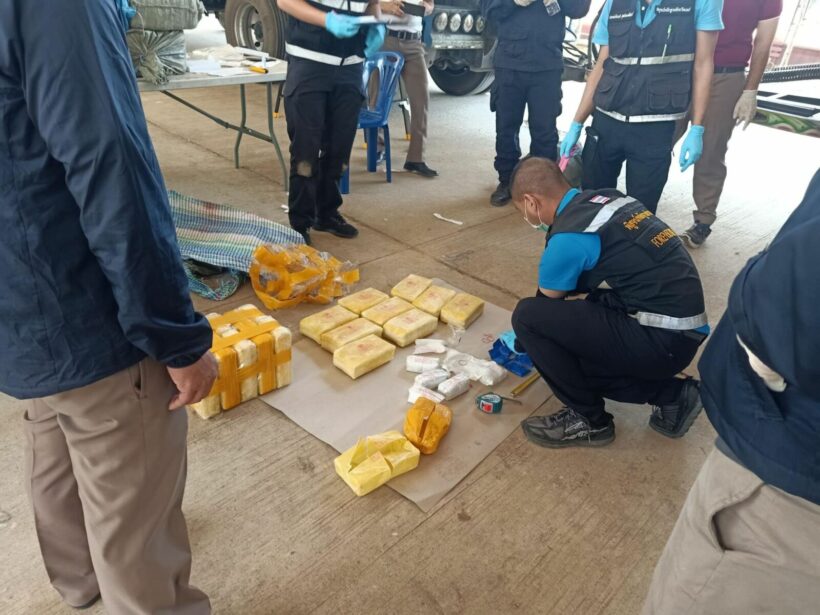 A man in Northern Thailand was arrested for allegedly transporting illicit drugs in his truck from Chiang Rai to Phrae. Police say they seized 5.6 million amphetamine pills and more than 20 kilograms of methamphetamine at a checkpoint in Phrae.

The driver was passing through the checkpoint and reportedly claimed that he wasn’t carrying any cargo or goods in the truck. Officers asked if they could run an x-ray on the vehicle. Police say the drugs were then found packed in sacks.

Officers say they found 5.6 million tablets of amphetamine and over 20 kilograms of methamphetamine. These were packed in tea packages and put together in sacks similar to the others found in the past.

The driver allegedly claims that he was hired by a man in Chiang Rai and was paid 20,000 baht in cash and was promised 50,000 baht more once he delivered the drugs to the destination.