After allegedly being blackmailed over his affair, a monk has been accused of stabbing a pregnant woman to death.

The fatal stabbing occurred in Khu Mueang district where the abbott, Phra Um Deeruenrom, 59, of Wat Ban Nong Bua intentionally collided head-on with a pickup travelling towards him.

The pickup reportedly contained the pregnant woman by the name of Lampai, aged 36, and her husband, Thampaphon, who was a member of the Tum Yai tambon administration organisation (TAO).

Pol Capt Suriya Leenuwat, deputy investigation chief of Hin Lek Fai police station in Khu Mueang district, said the woman got out of the pickup and ran away after the collision with the monk chasing after her with a knife.

She sustained two deep wounds to her head and another to her right wrist, and died at the scene along with her unborn baby. Lampai’s husband, Thampaphon, was injured in the collision.

The abbot was later arrested at a relative’s house in the village. Police said he admitted to the crime, but refused to reveal the motive.

However, villagers told police he had an affair with Lampai, who had called him many times, demanding money and threatening to expose him.

The monk was expelled from the temple and then charged with premeditated murder and carrying a weapon in public. 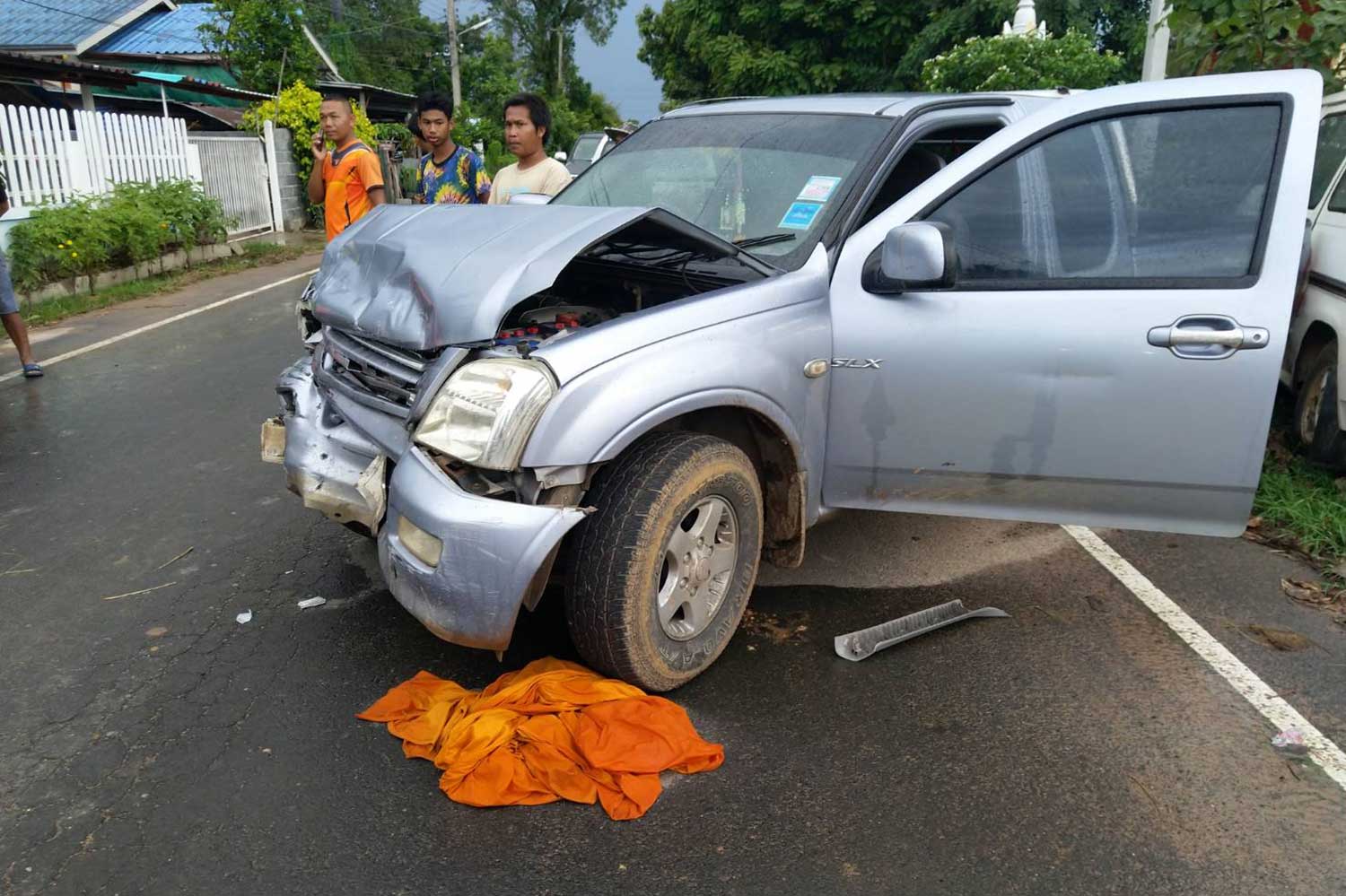 The pickup which was rammed head-on by a monk driving a van, who then stabbed the pregnant passenger to death, in Buri Ram’s Khu Muang district. (Photo: Surachai Piragsa)

Elephant rips mahout’s body in half in southern Thailand