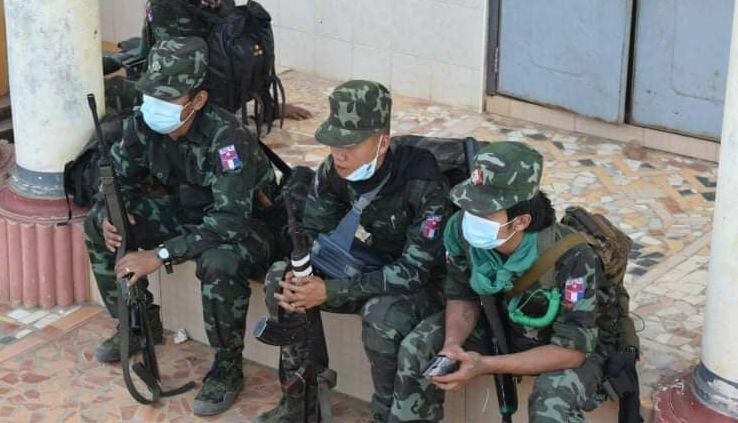 Another round of violence has broken out between Karen forces and the Burmese army. Now, 2 injured Burmese villagers are being treated at a Thai hospital in the border province of Tak. The men, 30 and 33 years old, have shrapnel wounds to their heads and legs.

Sources said Karen soldiers had taken a base from Burmese troops, and a Burmese aircraft then bombed the attackers. They said at least 20 Burmese soldiers and 8 Karen soldiers had been killed. The fighting happened near the border with Tak’s Phop Phra district, and the injured men crossed into the district seeking help. Local officials sent them to Phop Phra Hospital.

The Karen hill tribe in Myanmar, and several other minority groups have been fighting for greater autonomy since Myanmar gained independence in 1948. In March 2021, following the military coup, the Burmese military launched air strikes on the country’s Kachine State, where most Karen live. 20,000 Karen people were forced to flee. They hid in caves and jungles with low food and medicine supply.

The UN, and other human rights groups, have accused Myanmar’s junta government of war crimes and crimes against humanity. These crimes, they say, have especially targeted minority groups, including the Karen people. In March, the UN High Commissioner for Human Rights accused Myanmar’s army of burning alive women and children in the Kayah state, a Karen-majority state.