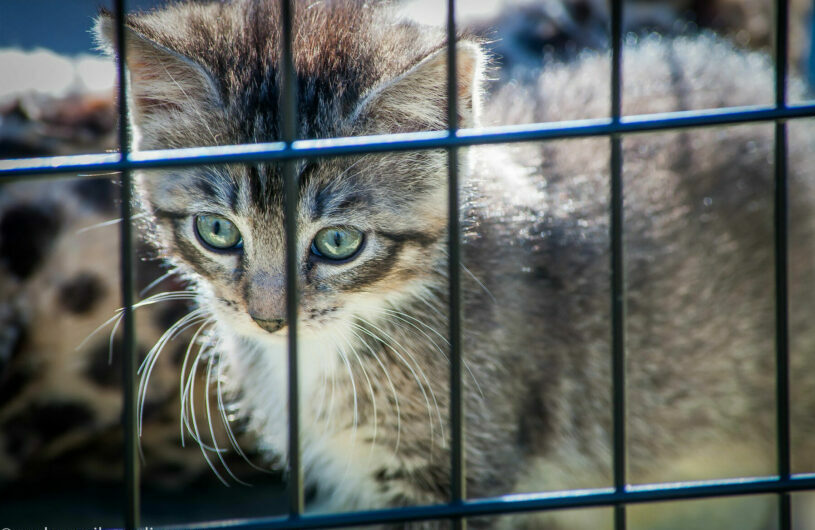 Following complaints from a “farang” and others, an official from the World Animal Protection Thailand has intervened on over 100 cats’ behalf to rescue them from their elderly owner. The cats were being kept in cages throughout 3 townhouses in Thanyaburi, a district north of Nonthaburi and Bangkok.

The 3 townhouses were in separate blocks.

Reportedly, a neighbor, 53 year old Prayoon Sakaew, said that ever since she moved to the area over 10 years ago, she couldn’t but notice a “smell’ emitting from the houses.

Prayoon had asked the neighbor multiple times why they had so many cats but the owner’s cryptic answer was that the cats weren’t hers. The neighbor did not elaborate to whom the cats did belong.

However, Prayoo’s husband, Narin, said the elderly woman had gathered the cats from all over. She then kept the cats in her various residence, locked in filthy cages.

Narin added that a “farang” notified the World Animal Protection on the cats’, and neighbors’ behalf. According to Thai media, this was not the first call. They allege that many calls had been made to help the 100 plus cats but their plight did not change. Authorities did give warnings, however.

WAP officials say they also found 3 dogs in a toilet.

At the time of the officials’ intervention, some cats were already dead in their cages.

On the topic of animals’ health, dogs from Thailand and 100 countries have been banned from the US due to the risk of rabies. Also, last month a Thai company entered into negotiations to get covid vaccines for animals from Russia.