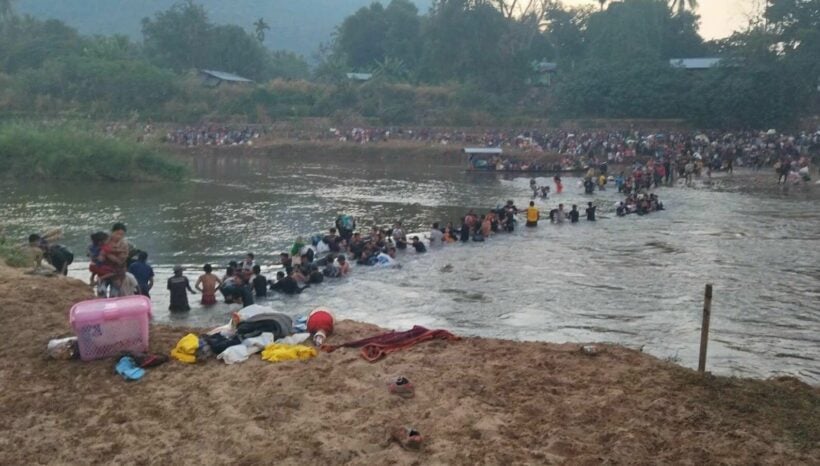 Official figures from the United Nations Office for the Coordination of Humanitarian Affairs this month show that about 349,800 individuals were displaced in the southeast and northwest of the country and needed humanitarian aid since the February 2021 military coup. Fights have intensified between Myanmar’s military and the People’s Defence Forces, locally known as PDFs. Thousands have reportedly fled to Thailand to escape violence.

The conflict has destroyed people’s houses, significantly increasing the number of displaced persons both inside and outside the country, as more than 4,700 people are living in temporary camps in Thailand, according to the Thai government. In a statement released by the OCHA, a total of 192,300 people have been displaced in southeastern Myanmar as of January 3, including 87,800 in Kayah State, 74,200 in Kayin State, 7,200 in Mon State, and 1,300 in Tanintharyi Region.

As of January 3, approximately 157,500 people were displaced in northeastern Myanmar as a result of the fire from artillery shells fired by the Myanmar military, which destroyed over 1,550 homes, including churches and schools.

OCHA also mentioned that it was impossible for humanitarian workers to reach those in need due to the security situation, checkpoints, and a shortage of travel permits. Some of their operations had to be cancelled last month due to intense violence in Kayah State in southeastern Myanmar, although local groups were providing as much support as possible to individuals escaping the fighting.

The World Food Programme had delivered two months’ food rations to roughly 100 displaced people in Mindat Township, Chin State last month, but tens of thousands of people across the country needed adequate food, housing, medication, and clothing, according to the statement.