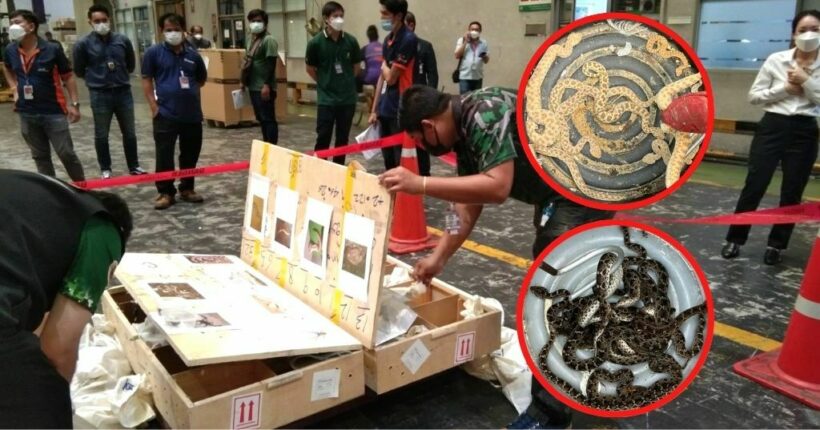 Wildlife officials and the Thai Customs Department have seized more than 600 endangered or prohibited animals at Suvarnabhumi Airport in Bangkok. The animals were delivered from a middle east country via Egypt Air. The information about the sender hasn’t been reported at this stage of the investigation.

Yesterday, the Manager of the Wildlife Checkpoint at Suvarnabhumi Airport, Yossathon Kongngen, told Thai media that the officers had seized 636 endangered reptiles and insects which were delivered from a middle east country by Egypt Air with a flight number MS507/30. The animals were different species including 35 living snakes like Sahara vipers and Arabian boa together with many chameleons, skinks and scorpions, many of them prohibited for import into Thailand.

The sized animals are currently under the care of Suvarbabhumi Airport’s Wildlife Checkpoint and will be delivered to the Wildlife Health Management Department and the Forest and Plant Conservation Research Office for better care as the investigation continues.