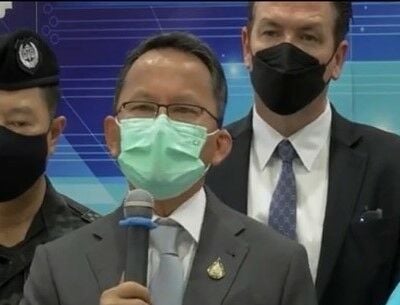 Families of victims of the Mountain B fire tragedy in Chon Buri last week will each receive 110,000 baht compensation from the government, the Thai Justice Minister announced.

The tragedy claimed its 17th victim this morning, Lt. Cl. Palitdet Chumngern, a marine in the Royal Thai Navy, died at 7.54am at Sririraj Hospital.

The Minister of Justice, Somsak Thepsuthin, expressed his deep condolences to the families of all the victims and agreed to compensate every victim in line with the Workmen’s Compensation Act.

“I will personally deliver compensation to the families of the 17 departed victims on August 19, as the Ministry of Justice never ignores the citizens’ adversity.”

The 67 year old politician made it known that compensation will be judged individually because each patient suffered different injuries. But, the minister added, he said the injured victims would be compensated as soon as they made a full recovery.

The injured victims will be given no more than 40,000 baht for medical expenses, 20,000 for physical and mental rehabilitation, and no more than 50,000 baht or 336 baht per day for each day they are unable to work for a year.

This is on top of compensation being given by the nightclub owner, Chon Buri officials, Sattahip officials, and various other groups and foundations.