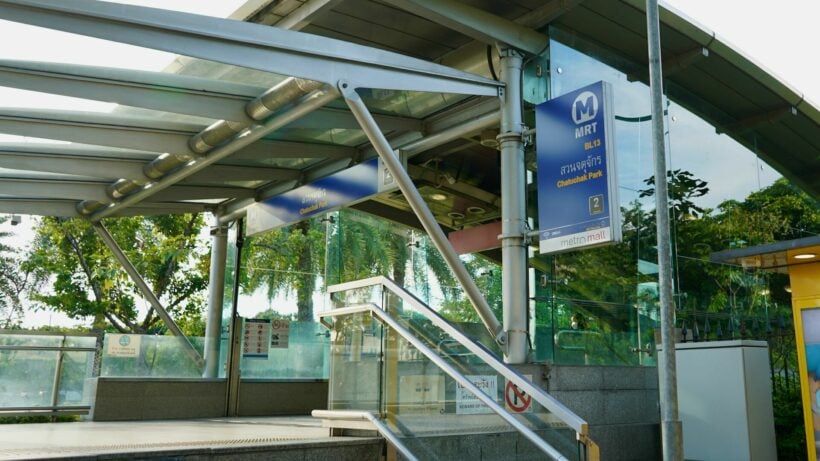 The Mass Rapid Transit Authority of Thailand (MRT) insists passengers don’t have to worry about any South Korea-type flooding because each station is designed to cope with floods and emergencies.

Seoul, and its surrounding areas, suffered the heaviest rainfall in 80 years on Monday, August 8. Several roads and metro stations in the capital were under water causing multiple power cuts in the city and nearby provinces. The latest update revealed eight people died and 14 people were injured.

Pictures of the South Korean floods, especially inside its metro stations, went viral on social media and sent shockwaves throughout Thailand. After several days of rain in the kingdom, many citizens in Bangkok are worried whether the heavy rain could cause the same problems to the MRT.

On its official Facebook page, the MRT yesterday explained the terrains of Bangkok and Seoul are very different. Seoul suffered flash floods because the areas surrounding the metro stations are generally based on a foothill slope whereas Bangkok is situated in a lowland area.

The MRT added that its system has two major designs that help cope with floods and emergencies. First, the exit and entrance to stations are constructed higher than any flood level recorded in Bangkok in over 200 years. Furthermore, every station has flood protection boards that would be installed to close the exit and entrance if such an emergency event occurred.

Secondly, the MRT has water pumps prepared and ready to go in front of all station entrance and exit areas to reduce water levels if required.

The company also added that the officers make regular checks on the train tunnels, stations, and walls during the rainy season.

The MRT also used an example of the flood in Bangkok in 2011, which was the worst in 70 years, saying the system didn’t suffer any effects and still operated as normal.