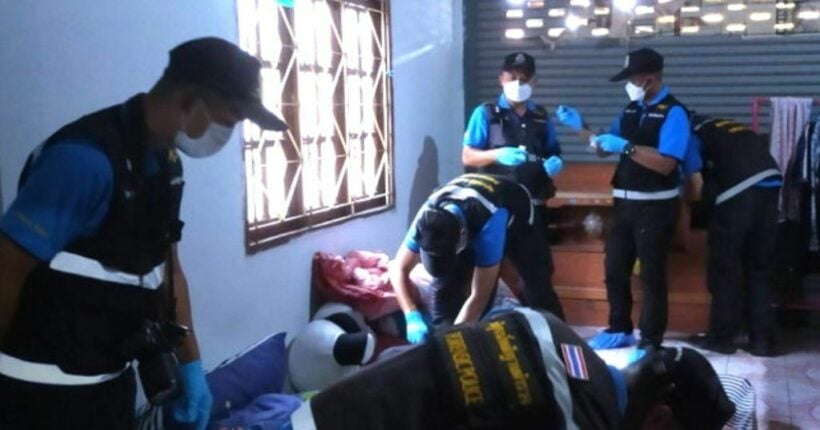 A man has shot his pregnant stepdaughter dead and then committed suicide at a house in the northeastern province of Buriram. The stepdaughter had just married her husband 7 days before the incident. Relatives have refused to provide additional details to the media at this stage.

Yesterday, an emergency team from Hin Lek Fire Police Station was called to a house in the Ku Mueng District of Buriram. Police found 2 dead bodies lying near each other on the first floor, one was a 55 year old father, Phet Kongkong, and another was a 32 year old pregnant stepdaughter Autjima Kuruengram. The 2 had received shot wounds to the head and the police spotted a .38 pistol nearby.

The officers tried to question neighbours living nearby, but no one was able to provide useful information for the investigation. A 53 year old community head, Boonhome Chatree, told police that Phet had moved from the northern province Phrae to live with his wife and twin stepdaughters. Boonhome said that Phet was a watermelon vendor and didn’t have much conversation with neighbours.

According to the report, the police only knew that the dead stepdaughter had married her husband 7 days before, but she had been pregnant 6 months before the wedding. Her husband said he moved to another district because he had to work and insisted that he didn’t know the motive of the murder.

Police are treating the incident as a murder-suicide.