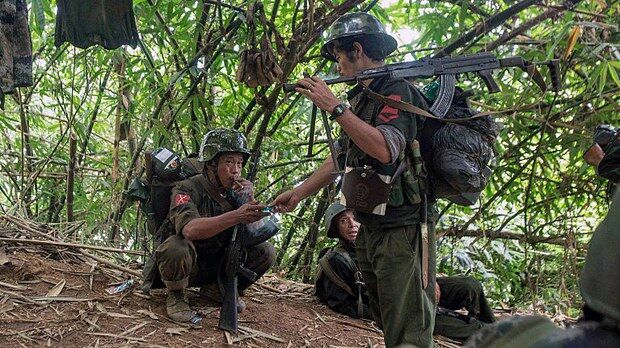 Myanmar’s junta has announced that after two years of closed borders, the country will soon allow tourists to apply for visas to travel into Myanmar. But with military coup related violence still rife in Myanmar, governments worldwide still advise against all but essential travel to the country. Activists are urging foreigners not to travel to Myanmar in light of the junta’s continuous violent attacks on civilians and suppression of the media.

Myanmar’s borders have been closed to tourists since March 2020 at the beginning of the pandemic. From May 15 2022, Myanmar will begin accepting e-Visa tourist applications, “with an aim to develop the tourism sector.”

Since the coup, the Burmese junta has repeatedly carried out airstrikes on civilians, especially against ethnic minority groups in Karen, Shan and Mon states. Between April 29 and May 1 this year, more than 12,000 ethnic Karen people were forced to flee their homes as the junta continued its airstrikes and mortar shelling.

The junta have squashed freedom of the press in Myanmar, killing at least three journalists since the coup, arresting 115 journalists, jailed 57 and convicted 14 according to Reporters Without Borders.

Given the continuous violence committed by the junta on Myanmar’s population, activist groups are asking tourists to boycott the country’s plans to develop the tourist industry. Travelling to Myanmar will put money straight into the pockets of the junta, according to Justice for Myanmar…

“Even if foreign visitors avoid hotels and transport owned by the Myanmar military and their associates, they will still fund the junta through visa fees, insurance and tax.”

“We call on anyone considering a holiday to Myanmar to boycott.”

The British government also advises against a holiday to Myanmar…

“The Foreign, Commonwealth & Development Office (FCDO) advises against all but essential travel to Myanmar, based on recent political events.”

More than 1,800 people have been killed by security forces in Myanmar and over 13,000 have been arrested since the coup.

The Largest Water Park in Asia | This is Thailand