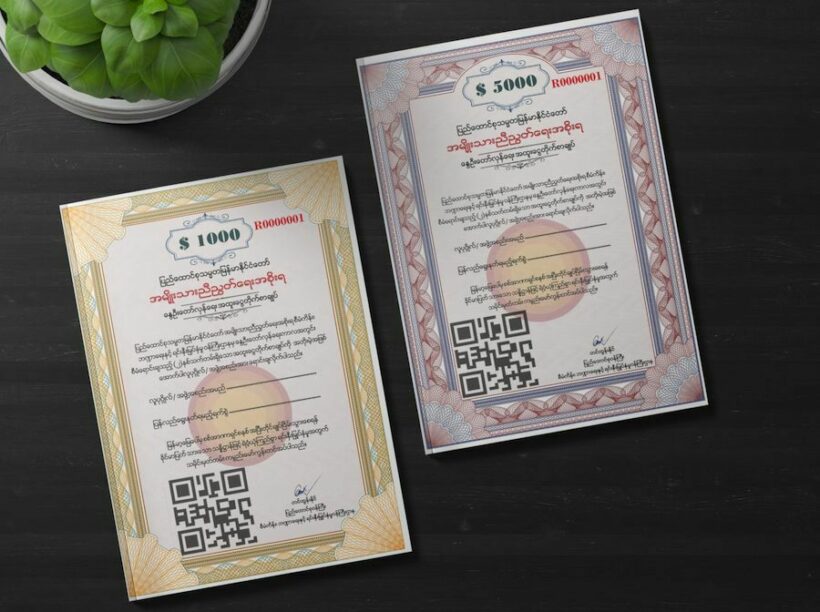 In a campaign for a “revolution” against Myanmar’s military following the February 1 coup and bloody crackdown, the country’s shadow government began issuing special “treasury bonds” and say they more than US$6.3 million on the first day.

The National Unity Government, or NUG, is a coalition of pro-democracy organisations, ethnic minority militaries, and remnants of the country’s deposed civilian government, which is known as the National League for Democracy led by detained Aung San Suu Kyi.

He told citizens to cooperate without fear, as technology ensures the security of customers. He added that NUG has made the bank transfer system easier and more flexible with the finest possible arrangements so that money can be moved securely and the original owner, as well as a successor, may be fully secured and protected from the military junta.

The contract terms for bonds are two years and can be transferred back before the expiration date, but you will not be allowed to resell them and will only be able to do so once they’ve expired.

It is the first time in the history of the world that a revolutionary government has issued such interest-free treasury bonds, and the pro-democracy people of Myanmar will have a glorious historical record of their ultimate opposition to the military dictatorship.

The minister said customer service can be contacted via customer-support@unitedbonds.org.