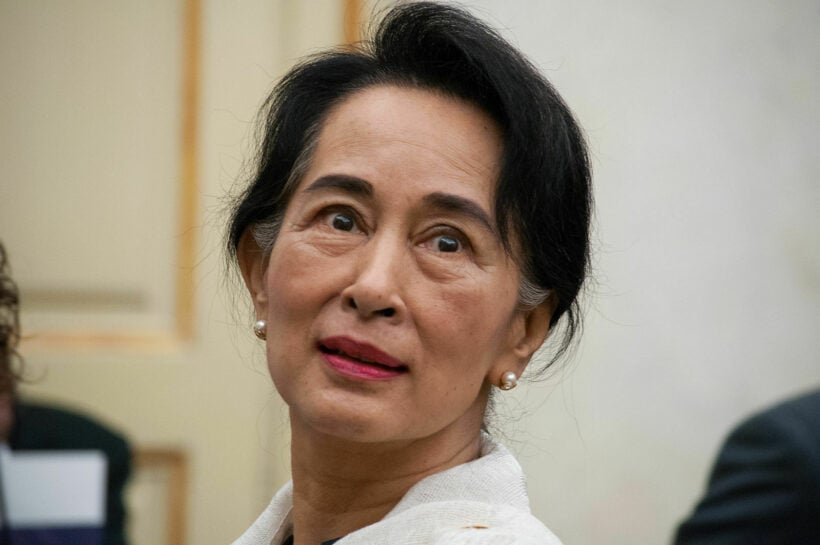 Myanmar’s deposed leader, Aung San Suu Kyi, has been sentenced to four years in jail for three charges brought by a Naypyidaw court under the military junta this afternoon, according to reports.

The court ruled that 76 year old Suu Kyi, who was detained since the military took power in early February 2021, was found guilty of two offences linked to the illegal importation of walkie-talkies, as well as another charge of violating Covid-19 guidelines.

Soldiers invaded her house on the day of the coup, purportedly uncovering the contraband equipment, which led to the walkie-talkie allegations.

The four-year term she received in December for instigating and breaking Covid-19 standards while campaigning for the 2020 elections was added to today’s punishment.

The military leader and head of the junta, Min Aung Hlaing, reduced the sentence to two years and stated that she could serve her time in the capital, Naypyidaw, under house arrest.

According to a local monitoring group, the junta’s power grab sparked widespread unrest, which security forces sought to quell with mass detentions and deadly crackdowns that murdered over 1,400 civilians since February 1.

Amnesty International, based in the UK, wrote on Twitter that the fresh convictions were the latest act in the farcical trial against the civilian leader, and called for her freedom, as well as the release of thousands of others arrested since the coup.