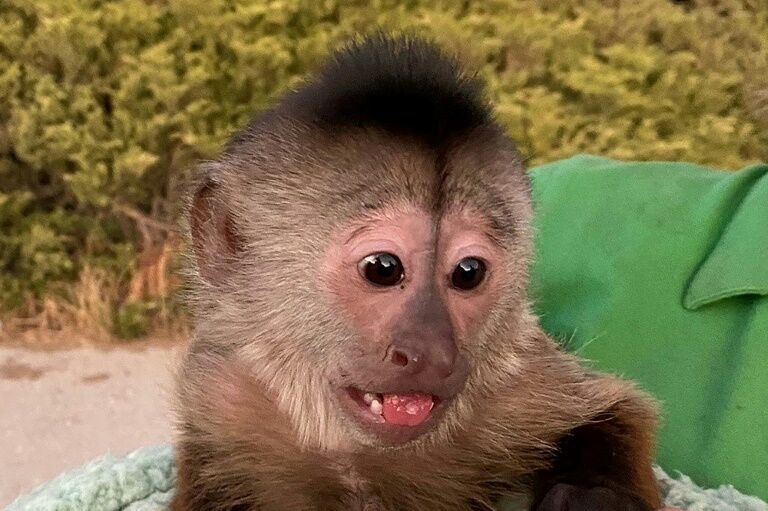 American police officers responded to a 911 (emergency) call in a remote area three and a half hours north of Los Angeles only to find an unlikely caller – a monkey in a zoo. The incident took place at Zoo to You, a wildlife conservation park in the quaint town of Paso Robles, California, known for its wineries and military aircraft museum, about a half hour north of San Luis Obispo and 320 kilometres north of Los Angeles.

Emergency dispatchers received a mysterious call they feared could be an emergency when a caller dialled 911, the urgent phone number in the US, but then the line went dead when they answered. Deputies from the San Luis Obispo County Sheriff’s Office investigated the call and traced it to the conservation zoo, where they sent officers to track down the caller.

When they arrived, they didn’t find any people who had called or who were in any distress. Something was amiss, and the deputies resolved to find the source of the mystery 911 call. They eventually put together the pieces of a story involving a mischievous Capuchin monkey named “Route” who is believed to have placed the call.

Capuchin monkeys may be familiar to older readers as organ grinder monkeys, or to younger readers as the breed of Marcel, Ross’s monkey pet on the popular TV show Friends. They are curious monkeys, known to explore and prod at objects they find.

Route the monkey was apparently exploring the golf cart the zoo uses to travel around its 40-acre compound when he stumbled upon the park’s mobile phone left in the cart. He fiddled with the phone and seemingly just got lucky enough to press the key combination 9-1-1, triggering the call to emergency services and setting off the rush of police to the zoo.

The San Luis Obispo Sheriff’s Office posted on social media about the incident, telling the story of the curious Capuchin monkey who managed to make a phone call to 911 emergency dispatch, possible the worst phone number to accidentally dial.

Though it is illegal in California to call 911 without an emergency, the monkey was let off without the written warning that comes with the first violation of the law. But Route the Capuchin monkey should be aware that subsequent non-emergency calls carry increasing fines starting at US $50.