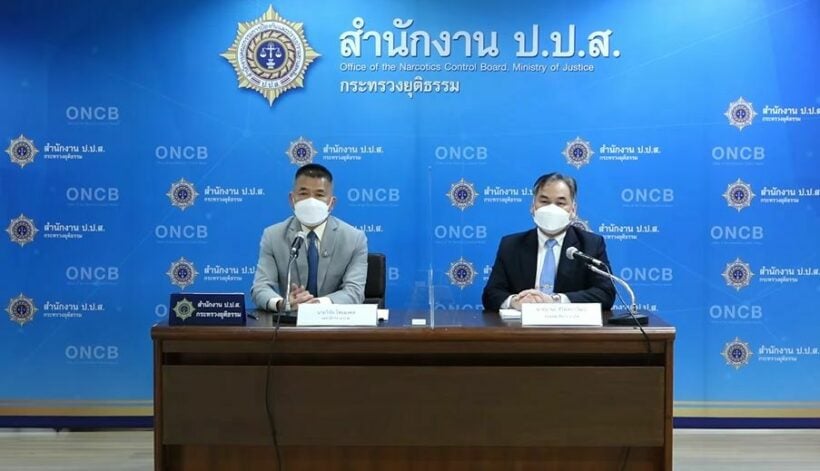 While Thailand’s pro-cannabis Public Health Minister, Anutin Charnvirakul, just insisted to Thai media that cannabis is not narcotic and even asked authorities to let residents grow and sell cannabis as it is another way for people to earn more income, the Narcotics Control Board just held a press conference yesterday saying that yes, it is still a narcotic. And only Thai citizens who have permission from the government can grow cannabis, as long as it has low traces of the psychoactive component tetrahydrocannabinol, or THC.

In the video press briefing, authorities from the Office of the Narcotics Control Board said that cannabis with traces of THC over 0.2% are still classified as a narcotic under Narcotics Control Act. The non-psychoactive component cannabidiol, or CBD, which is known to have medicinal properties, is legal, and many cafes have popped up in Thailand over the past year offering dishes seasoned with cannabis leaves.

Officials also said only Thai citizens will be allowed to grow cannabis. They must have permission from the Ministry of Public Health and the approval is limited to some groups. The authorities from Narcotic Control Board explained that cannabis with THC over 0.2% is still included in the list of Narcotics Control Act, adding that people who grow and sell cannabis without permission will be arrested.

Cannabis can be grown only after asking permission from the Ministry of Public Health and Food and Drug Administration. The persons who will be approved to do so are state organisations, educational institutions, medical institutions as well as agricultures, residents, or businesses that work together with approved institutions or organisations to produce medicine or conduct research. Anyone who grows, imports, or exports cannabis in Thailand without permission can face a penalty of up to five years in jail and a fine up to 500,000 baht.

SOURCE: Thairath | The Narcotics Control Board