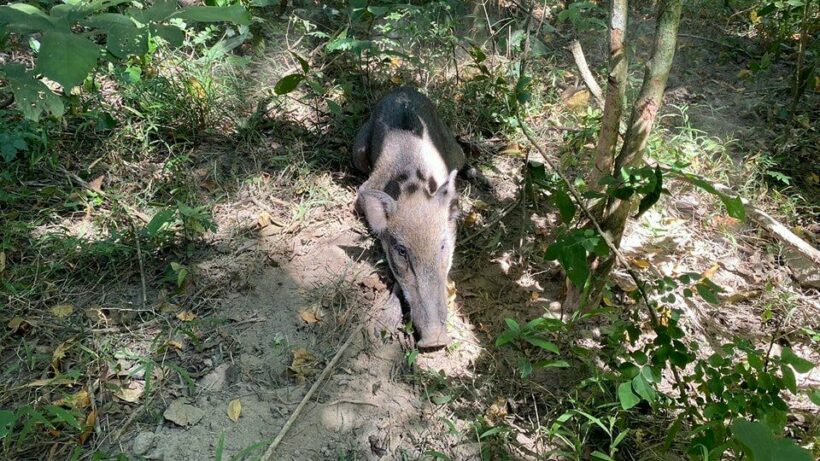 The surge in prices for pork over the past month as affected Thais throughout the country. Some street food vendors have upped their prices for pork soup and dishes by 5 to 10 baht, while others have just stopped selling due to the high market prices. Some locals in Prachuap Khiri Khan started hunting wild boar.

Officials at the Namtok Huay Yang National park a wild boar caught in a trap. On the national park’s official website, the authorities also added that the animal making loud noises. An official checked to see if the animal was wounds and then released it. The boar quickly ran back into the forest. Park officers say they also found more than 50 traps set in the area nearby.

According to the Thai media, the authorities thought that this hunting is connected with the high pork price and some locals can not afford it.

CCSA warns that new Covid infections could jump to 20,000 a day