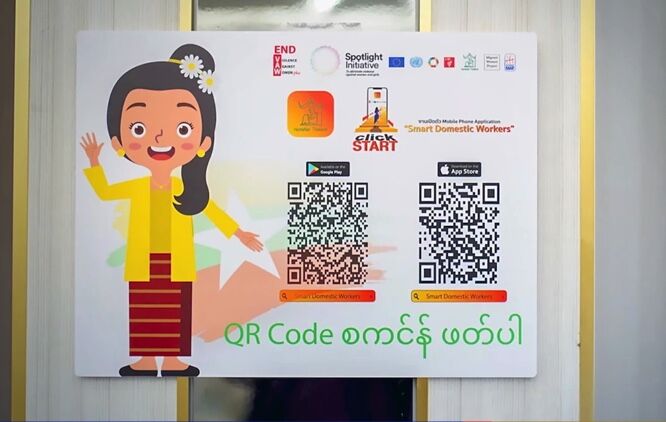 UN Women and Thai non-government organisations (NGOs) have collaborated to create a new app for migrant women in Thailand facing sexual abuse and violence. The app has been named “Smart Domestic Workers.”

Smart Domestic Workers provides information on ways that migrant women can protect themselves from violence, in four languages: Thai, English, Burmese, and Khmer. Users can search for hospitals, police stations, and other related agencies nearby them. The app also lists agencies’ hotlines.

A jaw-dropping majority of migrant women in Thailand experience sexual violence, according to the secretary-general of one of the NGOs collaborating on the app. Boonsom Namsomboon, the secretary-general of the Foundation for Labour and Employment Promotion, said that 80% of migrant women face sexual violence. She said, however, that very few file complaints to the police.

While Thailand is renowned for its beaches, mountains, and smiles, the country doesn’t exactly have the best reputation when it comes to migrant rights. Having no legal rights in Thailand, migrants risk being arrested for entering the country illegally and are often deported back to their countries of origin. This often deters them from complaining to the police if they are abused.

One major case in April showed how confident many abusers are that they can get away with abusing migrant women. A Bangkok taxi driver raped a teenage girl from Myanmar, then brought her to a police station and told police she was an illegal migrant with no passport. Luckily, in this case, police said the girl wouldn’t be charged for entering the country illegally because she was the victim of a crime. The driver was sentenced to prison this week.

Apps like Smart Domestic Workers will hopefully be a powerful tool in creating change for migrant women.