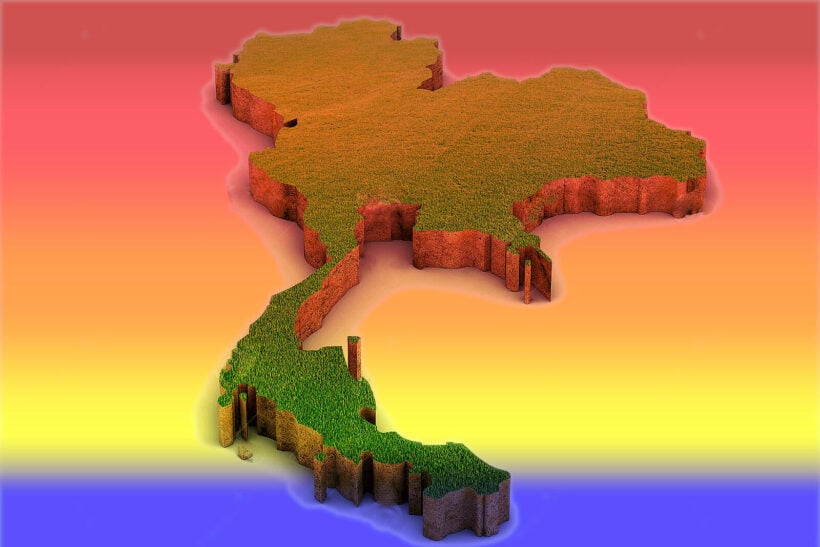 So the new Covid-19 restrictions and regulations have been passed by the CCSA and put into effect by the Royal Thai Government now. What exactly are the rules now with Test & Go, Sandboxes, and Blue Zones?

The Test & Go programme that allowed people to enter without quarantine, requiring only a short wait while their RT-PCR test results came back, has been suspended indefinitely since December 22. There had been a panic for those who had already been approved for a Thailand Pass under the Test & Go scheme as, for a while, no one was to be admitted after January 10. Later, a PowerPoint slide during a presentation by the CCSA had the cut-off date of January 15 for those already approved to enter.

But the CCSA later walked back that date, saying that it was a proposal only that ended up being broadcast on television and assumed as law. So for the time being, if you’ve already been approved before December 22, you should – in theory at least – be allowed to enter Thailand on your original booking, with no confirmed cut off date. Then again, this is Thailand, where decisions are made last minute and can change overnight.

With the continued suspension of the Test & Go programme, the Phuket Sandbox became the easiest way to enter the country. Now the CCSA has announced that Phuket will be joined by 3 more Sandbox programmes through which people can enter the country using only a soft quarantine.

From January 11th, incoming international travellers will be able to do a Sandbox programme anywhere in the provinces of Krabi and Phang Nga, as while as the 3 Surat Thani province islands of Koh Samui Koh Phangan and Koh Tao.

Meanwhile, Phuket is reportedly hard at work on version 2.0 of their Sandbox, reducing wait times for Thailand Pass approval and increasing facilities for the required second RT-PCR test. They are also looking to expand the number of qualified SHA+ hotels to meet demand as the programme requires a soft quarantine in an approved hotel while the visitor is free to explore the province by day.

Finally, they are looking into options for insurance as many policies don’t cover those who are asymptomatic or have only mild symptoms but are required by Thai regulation to be quarantined in a medical facility

Blue zones were created with the November 1 reopening to allow tourist areas to reopen with strict Covid-19 safety measures in place regardless of the number of infections in the province. Most attractions and services were allowed to open as normal and are still relatively unrestricted.

However, with the new surges in Covid-19 infections, most of the country is going back on an alcohol ban. Blue zones will have restrictions tightened to allow alcohol to be sold until 9 pm in restaurants that have received an SHA+ certification from the Ministry of Tourism or a Thai Stop Covid-19 2+ certification from the Ministry of Public Health, many of which have operated as makeshift bars and clubs.

To make things more confusing, 8 provinces have been designated blue zones while 18 other districts are labelled blue zones inside of provinces that are orange zones and restricted.

Meanwhile, the 69 provinces designated as orange zones can operate most businesses as normal with Covid-19 precautions, including restaurants though they are not allowed to sell alcohol. Gyms, parks, sports fields, and swimming pools can also open, though sporting events must have attendance capped at 75% for outdoor venues and 50% for indoor venues.

Salons, massage parlours, spas, and tattoo parlours are allowed to open until midnight. Places like department stores and community malls, as well as amusement and water parks, must remain closed.

Business events like conventions and hotel meetings, along with sporting events and special festivals, can be held with under 1,000 guests as long as strict control measures are followed.