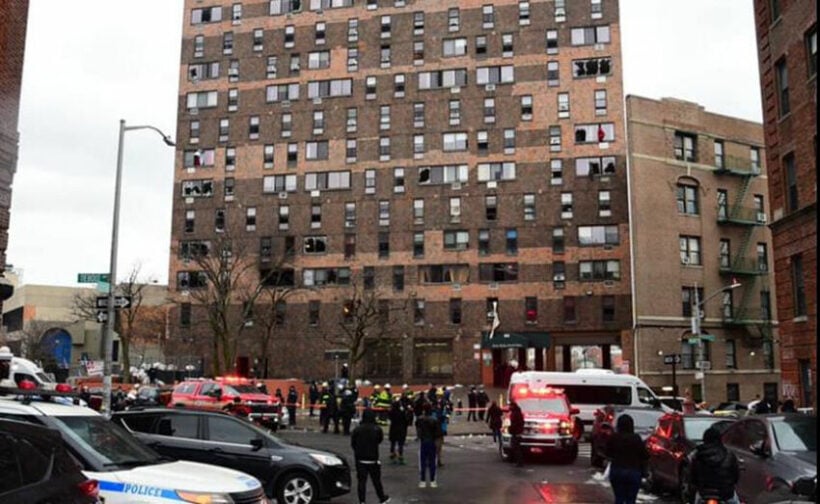 A fire that ripped through a high-rise apartment building in New York has left at least 19 people dead, 9 of them children, according to media reports. The fire broke out mid-morning on the second and third floors of a building on East 181st Street in the borough of the Bronx.

According to an AFP report, New York city mayor Eric Adams says 19 people have died and around 63 people have been injured in the blaze. The injured, many of whom suffered from cardiac and respiratory arrest, have been taken to 5 New York hospitals. Adams fears the death toll will grow.

“We know that we have 19 people who are confirmed dead, as well as several others in critical condition. This is going to be one of the worst fires in our history.”

George King, a resident of the neighbourhood who lives near the building, described seeing trapped people waving from windows, unable to escape.

“It was chaos. I’ve been here 15 years and it’s the first time I’ve seen something like this. I saw the smoke; a lot of people were panicking. You could see that no one wanted to jump from the building. People were waving from the windows.”

Media reports say at least 200 firefighters were at the scene, with Fire Marshal Dan Nigro describing the thick smoke as, “unprecedented”.

“The last time we had a loss of life that may be this horrific was a fire which was over 30 years ago, also here in the Bronx.”

According to the AFP report, in photos and video footage posted on social media, flames and dense black smoke can be seen pouring out of a window on the third floor, while fire fighters work on a ladder nearby. The cause of the fire has not been confirmed, but early reports have quoted authorities as saying it may have been a malfunctioning electric space heater.