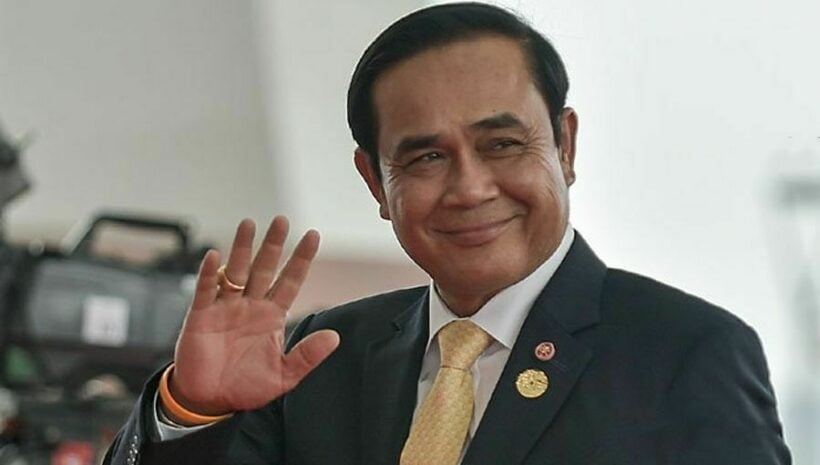 A new poll from the National Institute of Development Administration showed that the majority of people want PM Prayut Chan-o-cha to finish his role as Prime Minister at the end of his eight year term on August 24. There has been different interpretations of the current Constitution and whether the prime minister is eligible to continue his role or if he has now served his eight-year term as permitted by the Constitution.

The Constitution allows for prime ministers to serve a maximum of two four-year terms, making a total tenure of 8 years. However, the most recent iteration of Thailand’s Constitution was ratified in 2017, just 5 years ago, making PM Prayut’s current term technically his first under this Constitution. So, is he eligible for another term or not?

According to this NIDA poll, taken between August 2 and 4 by phone, the majority of people want Prayut’s tenure to end this month. 64.25% of those polled said that the prime minister’s eight years are up and he should announce his departure before the end of his term on August 24.

The poll was conducted by phone and surveyed 1,312 adults over 18 from a variety of incomes, jobs, and levels of education. It asked the respondents questions about PM Prayut’s term ending as well as what involvement with national Thai politics Prayut, Deputy Prime Minister Prawit Wongsuwant, and Interior Minister Anupong Paojinda should have after the term.

While the majority of people feel Prayut should confirm he is leaving at the end of the term, 32.93% think that the Constitutional Court should make a final decision on the validity of another term before Prayut announces anything. 2.82% declined to comment on the matter.

The poll also asked about the trio of top officials that is called the Three Por Generals, asking if they should play a part in forming the next administration after the election. A solid 80.03% of people polled did not want any of those three to be involved in forming the next government, while 55.18% believe that none of them will be put in political positions.

2 meth busts in Phuket this past week