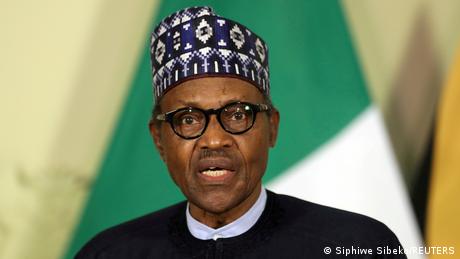 Less than a year after protests against police abuse turned into the largest anti-government demonstration in Nigeria’s 20-year-old democracy, an onslaught of political, economic and security crises along with various outbreaks of violence around the country have ensnared the government. Conflict Zone met with Nigeria’s ambassador to Germany, Yusuf Maitama Tuggar.

The political brand and two electoral successes of President Muhammadu Buhari were built on the promise of ending violence and improving public administration. But the deterioration of the conditions in the south, where the Biafra independentist rebels have increased attacks on government forces, has opened a new armed front in what had been a somewhat dormant conflict. This comes as the government in Lagos continues to struggle with the situation in the north, where Boko Haram Islamists have been fighting the government for close to two decades.

In the first half of 2021, Boko Haram escalated its mass kidnapping campaign in the northeast of the country, where since December more than 800 students were taken away. Asked about these kidnappings by Conflict Zone host Sarah Kelly, Tuggar called the situation “most unfortunate, it’s tragic.” He said there was no immediate solution but that the government was working to eradicate the root causes of terrorism: “we have endured years of underdevelopment, which this administration is looking to reverse.”

In mid-June, the conditions in the region took a new turn for the worse as a conflict line opened among various Islamist groups. The leader of Boko Haram, Abubakar Shekau, was killed by forces acting on behalf of the “Islamic State” (IS), which has been active in the area for the past decade. Turning an already violent stage into a considerably more dangerous one, in May of this year, the Council of Foreign Relations reported that IS is now the dominant force in what until now has been Boko Haram’s turf — meaning that IS has effectively established a West African foothold in Nigeria under Buhari’s watch.

A very dangerous geostrategic situation with an unimaginable cost in blood for the local population of northeastern Nigeria has now become a geostrategic timebomb, opening a military black hole at the gates of Cameroon, Chad and Niger. The escalation has exposed the way in which the limits to the efficacy of the government in Lagos also represents a major regional strategic vulnerability.

In the southern region of Biafra, the secessionist push that detonated the Nigerian civil war and famine between 1967 and 1970, killing close to 1 million people and displacing close to 4 million, has come back to haunt the Buhari government. Long-simmering tensions and widespread dissatisfaction with neglect and lack of development in the Igbo-dominated region have resulted in a spate of violent attacks on government figures and military personnel. In May, the government launched Operation Restore Peace, which critics have described as a repressive strategy designed to destroy the Indigenous People of Biafra (IPOB) movement and its armed wing, the Eastern Security Network.

Buhari announced earlier this month that his forces had been granted permission to be ruthless: “we have given the police and the military the power to be ruthless with people stealing another person’s belongings and destroying others’ property.”

Pressed on the meaning of Buhari’s statement and whether it was a carte blanche for mass extrajudicial killings, Tuggar explained that the president’s words meant no more than upholding the sovereign right of Nigeria to claim “monopoly of violence so that non-state actors will not unravel such countries and unleash mayhem and death and murder and massacre.”

Meanwhile, reports of violations of civil rights in Igbo regions have shown the stirrings of a conflict that could spark anew into a full conflagration. The apparent collaboration of Igbo separatists with Cameroonian independentists makes for a second volatile situation with strong geopolitical echoes.

In early June, Buhari again stirred major controversy when, via Twitter, he threatened a violent clampdown in the country’s southeast. In response, the American microblogging platform deleted the tweet. Just two days later, Buhari’s government banned Twitter in Nigeria, making anyone caught using the platform criminally liable — a move it justified in the name of security measures. Tuggar defended the measure as an extension of the president’s stance on the deleterious effects of social media, saying “Buhari has been consistent about the adverse effect of social media when it chooses not to be responsible for the real life, the real world.”

Confronted with protesters’ claims that democracy in Nigeria is backsliding and Buhari has lost his grip on the country, Ambassador Tuggar hit back, saying “Nigeria practices a democratic system of government” and emphasizing the country’s separation of powers and democratic principles. “One of the most important norms of democracy is freedom of speech, which Nigeria upholds, which Nigeria celebrates…you cannot allow certain elements to use those democratic norms to subvert democracy itself, which is what they’re trying to do.”

Afghanistan: District after district falls to the Taliban