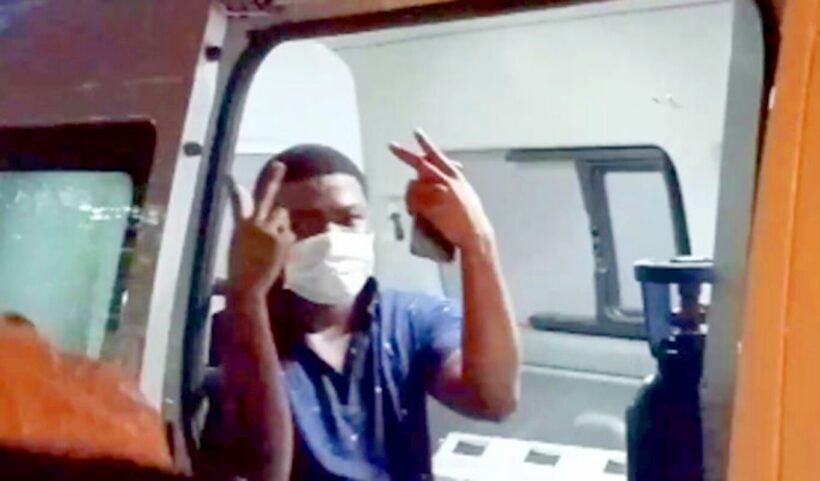 Cambodia has ordered the deportation of a 27 year old Nigerian man who recently recovered from monkeypox, having fled Thailand last month when he tested positive for the virus and was found to have overstayed his education visa, which expired in January.

Cambodian immigration announced yesterday that he had recovered and they planned to send him back to Nigeria soon. He will not be allowed to enter Cambodia for three years, said immigration officers.

Cambodian officials said his case is the first and only case of monkeypox recorded in Cambodia so far since the global outbreak in May. His case was also Thailand’s first recorded case of the monkeypox virus.

The fugitive was caught and detained by Cambodian authorities in the capital of Phnom Penh on July 23. He is believed to have swam to the Cambodian border via the Sa Kaeo River.

He received treatment for monkeypox at the Khmer Soviet Friendship Hospital. He recovered and was released from the hospital on Saturday, August 6.

“In light of evolving circumstances on the ground, I am declaring a public health emergency on #monkeypox. We are prepared to take our response to the next level in addressing this virus. We urge every American to take monkeypox seriously.”

Presently, at least 28,220 people are infected with monkeypox globally in 88 countries, 81 of which have no previous history of monkeypox, according to WHO. It is estimated there are 500 new cases globally every day.

The virus is transmitted by close contact with lesions, bodily fluids, respiratory droplets and contaminated materials.

Thai health authorities recently advised Thais that they could protect themselves against monkeypox by avoiding having sex with foreigners.

Director-General of Thailand’s Department of Disease Control has said condom use is not especially effective at preventing the disease because the virus is found in blisters within the body.

Thailand has ordered smallpox vaccines from the US to vaccinate high-risk groups against the monkeypox virus.

Top 5 reasons to get a maid service in Thailand