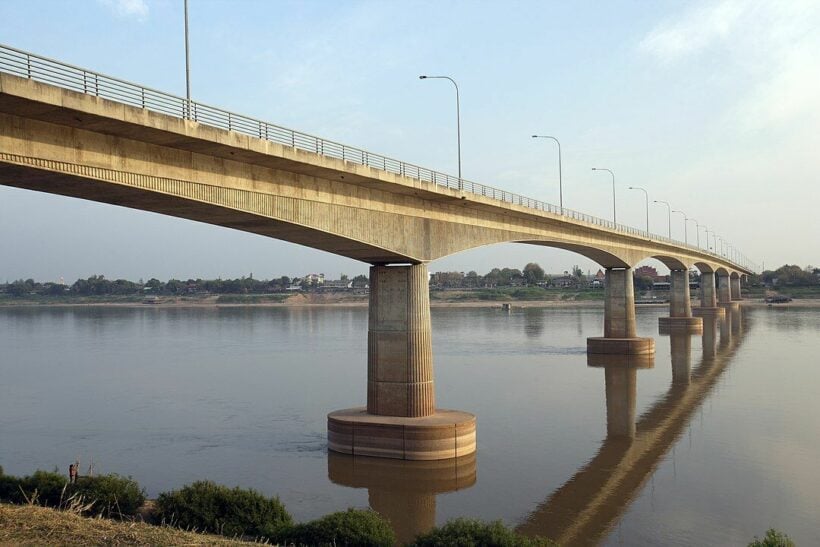 In order to connect Thailand to the new China-Laos Railway, the State Railway of Thailand has received orders from the Cabinet to build a second bridge across the Mekong River, this on for trains to link Nong Khai province to Laos. The SRT was instructed to design and build the bridge as quickly as possible.

A meeting was held at Government House on Thursday regarding the Thai-Lao-Chinese Railway plans, chaired by Deputy Prime Minister Anutin Charnvirakul, where they gave the rush order to the SRT to get going on the project right away. The meeting brought together many government bodies with an interest in connecting the international railway. The National Economic and Social Development Council was present as well as the Ministry of Finance.

The next step in the process is for the SRT to analyse and design a bridge and present a budget to the committee. The rail bridge would be the final link to connect China and Thailand for transporting valuable cargo like cars, appliances, electronics, computers and computer equipment, machinery, fruits and vegetables, and raw materials like wood and rubber.

The railway between China and Laos began operation at the beginning of last month, on December 2, creating a faster cheaper way to transport cargo internationally. Even without the connection to Thailand, the new railway shaves one day off of transportation between China and Thailand while also reducing costs by 25%.

By building a bridge across the Mekong River to connect the end of the Chinese-Lao Railway to Nong Khai and then the rest of Thailand, the full transnational rail plan would be completed. The transportation costs to move something from China to Thailand will be reduced by 30 to 50% by moving cargo on trains through Laos.