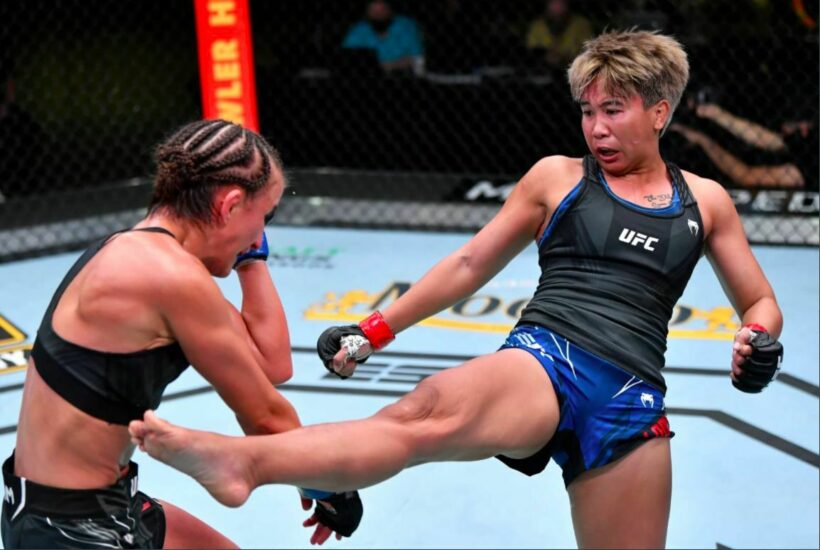 Thailand has a rich martial arts history. Muay Thai, or Thai kickboxing, is the national sport of Thailand. Despite that fact, the Bangkok Post reports that Loma is the only Thai to make the move to the UFC, where she has a record of 3-2. She trains at the famous Phuket martial arts gym Tiger Muay Thai. Before signing with the UFC Loma had a storied Muay Thai career, according to Wikipedia, where she competed in every IFMA World Muay Thai Championship between 2015-2019. She medalled in all of these competitions, taking home three Golds, one Silver and one Bronze.

Loma was initially scheduled to face another opponent for UFC Fight Night 198, reports the Post, but they had to pull out at the last minute and were replaced by Lupita Godinez. Godinez ended Loma’s 2-fight win streak, capturing the victory by unanimous decision. In a post-fight interview, the victor offered praise to the Thai fighter for her efforts during the contest.

“I was looking for the finish but she did a great job defending…I cannot be upset about that, I’m competing with the best of the best in this organisation.”