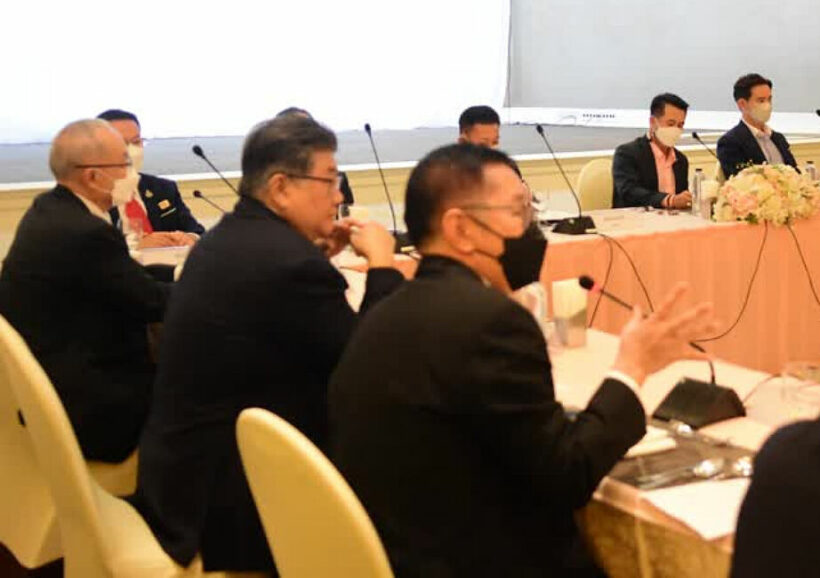 The next general election could be held in as soon as 4 months, with opposition parties predicting elections between March and July of next year. A coalition of opposition parties met yesterday to discuss the current administration’s failures and put pressure on the ruling government.

The coalition saw Move Forward Party, Pheu Thai Party, Puea Chat Party, Thai Liberal Party, and Thai People Power Party all come together. MOs from the parties issued a statement listing 9 areas the government has failed and vowed to discuss them all in detail during the next general debate.

Coalition parties have been seen making the rounds in key battleground regions and pressing the flesh with constituents, and opposition parties see this as a sign of a coming election, possibly sooner rather than later. They also point to recent pushes to revise the election format by expediting constitutional amendments as further evidence of an imminent election.

The coming election may be pushed back though as a key issue isn’t anticipated to be decided before August of next year. That’s when the Supreme Court is expected to make a ruling on whether PM Prayut Chan-o-cha can run for a third election despite a two-term limit in the constitution.

Opposition parties vowed to keep the pressure on the current government leading into election season while working to overcome differences and coalesce adversaries of the ruling party into a coherent and unified opposition with shared goals.

On the other side, the ruling Palang Pracharath Party is gathering and expanding their members, announcing a new MP joining the party yesterday to bring their total number to 120. Deputy Prime Minister Prawit Wongsuwan, the leader of the PPRP, hinted that more high-profile figures will be joining the team in the near future as well.

Rumours of controversial Thamanat Prompow and PPRP Deputy Leader Wirat Ratanaset defecting to the Bhumjaithai Party have been quashed, with Thamanat vowing to spend the remainder of his career in the PPRP and saying they have a list of 350 candidates ready for the next election.

French man arrested after 2 years of cheating many Thai women