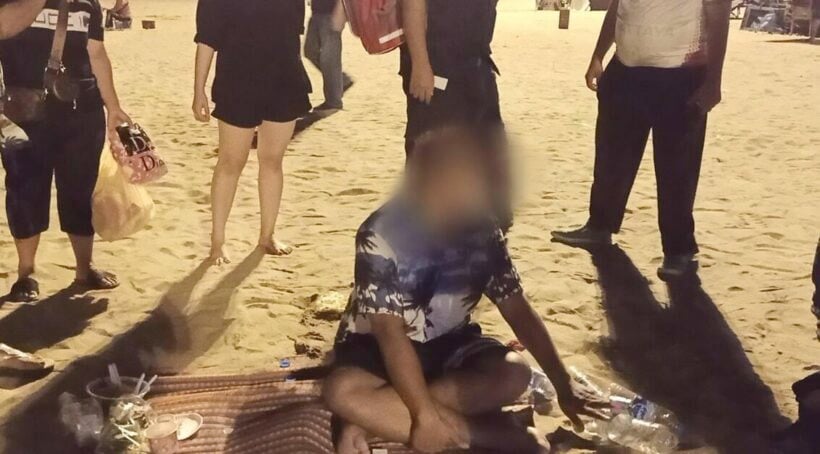 A man has been taken to a hospital after smoking Cannabis in on Pattaya Beach. Rescue workers believe that the man, 29 year old Seksan, may have suffered a panic attack after experiencing unfamiliar symptoms from smoking the Cannabis. The incident happened between last night and this morning.

Seksan said he had only smoked it once in the past, many years ago. After Cannabis became decriminalised in Thailand, he thought he might spice up his beach night by smoking a joint he had bought from a vendor there. But after he had finished half the joint, he felt his chest tighten, and he became dizzy. He called out to bystanders for help.

Pattaya Police were alerted that a beachgoer was suffering from what he thought was breathing issues, vision problems, anxiety, dizziness, and tightness in his chest. Police and rescuers then found Seksan on the beach, and the rescuers treated him there before he was taken to a nearby hospital for more medical checkups.

Seksan said he wasn’t familiar with marijuana’s effects, and he had also been drinking.

The Thai government is under pressure to ban young people from access to cannabis and regulate recreational use after 33 organisations joined together to submit a letter calling for action yesterday. Much confusion has come with Thailand’s legalisation of the plant, and whether young people will be able to access it in the future remains unclear.

Runway temporarily closed for repair, flights to and from Phuket affected