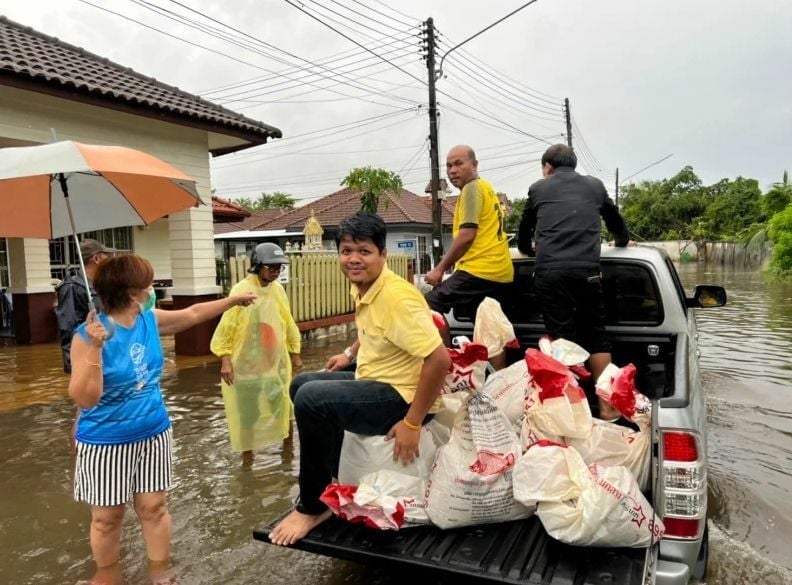 As Phuket continues to suffer heavy floods, officials have visited homes in one municipality to help residents manage the situation. Phuket Governor Narong visited homes in the Srisoothorn Municipality in Thalang district yesterday, along with the municipality’s mayor. Officers from the Department of Disaster Prevention and Mitigation also helped.

The group checked to make sure that locals were safe, and would be able to get through the floods. Local public works officials managed the dangerously high water levels in canals. The officials also helped residents pile sandbags at the entrances of their houses. Other officials helped to repair damaged roads. The officials have yet to release any estimates of damage caused by the floods.

Following the flooding in Srisoothorn, officials in other parts of Phuket are now issuing flood warnings to their residents, even areas where floods have not risen yet. The chief of the Kamala Tambon Administrative organisation yesterday issued a warning to 8 villages in Kamala and Cherng Talay.

Floods have wreaked havoc across Thailand for the past few weeks. On July 20, Bangkok saw a record-breaking rainfall of 132.5mm, surpassing the earlier record of 108mm on July 30th, 1955.

Chadchart to level up quality and safety of Bangkok street food