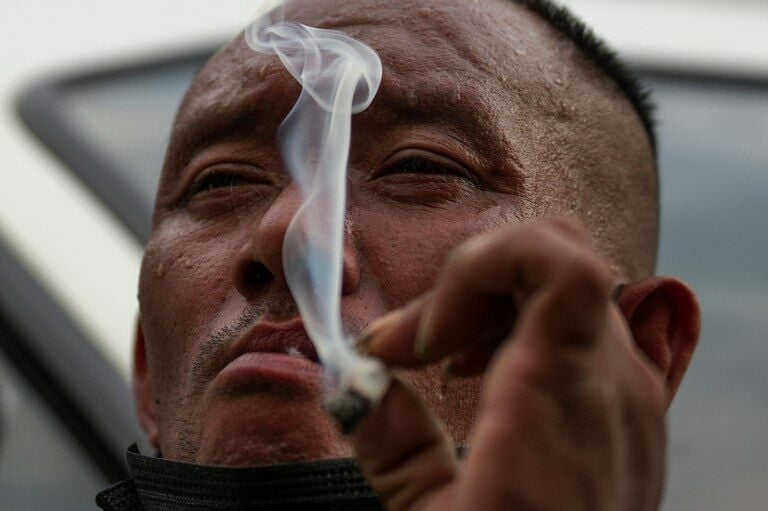 Today, Phuket’s Provincial Public Health Office made a statement to clear up confusion surrounding new cannabis laws. Smoking cannabis is legal, so long as the smoke does not disturb anyone, according to chief of the Phuket Provincial Health Office Dr. Kusak Kukiatkul.

Cannabis smoke is considered a “public nuisance” in Thailand, and smoking the plant in public places is a criminal offence punishable by up to 3 months in prison or a 25,000 baht fine, or both, if someone reports the smoker.

However, possessing and smoking cannabis flowers in private establishments such as at home or in dispensaries, or in remote places, is legal. Smoking cannabis only becomes a crime if someone reports the smoker for causing “public nuisance.”

Dr. Kusak said that cannabis was “unlocked” on June 9 and every part of the marijuana plant was delisted as a Category 5 narcotic. However, extracts made from cannabis which contain more than 0.2% tetrahydrocannabinol, or THC, are still illegal.

The Royal Gazette has published rules and regulations relating to cannabis, said the doctor. Namely, people under 20 years of age and pregnant and breastfeeding woman are not allowed to buy cannabis or cannabis products. People with heart disease are also discouraged from smoking or ingesting cannabis, said Dr. Susak.

Many schools and universities have banned cannabis from their campuses, including the sale of cannabis or cannabis products, added the doctor.

Gorwing cannabis is legal for Thai nationals, so long as they register via the ‘Plook Ganja’ website or mobile application, or with their respective provincial public health office. Foreigners residing in the kingdom are not permitted to grow cannabis.

Dr. Kusak warns that some people are allergic to cannabis. People will cannabis allergies may experience nausea, vomiting and extreme drowsiness about 30 minutes after ingesting cannabis, he said. For this reason, Dr. Susak recommends that people who want to use cannabis should use it medicinally, with the guidance of medical professionals, rather than recreationally.

But, smoking cannabis recreationally is legal, according to the doctor.

Which group of tourists could outnumber Indians in Thailand?