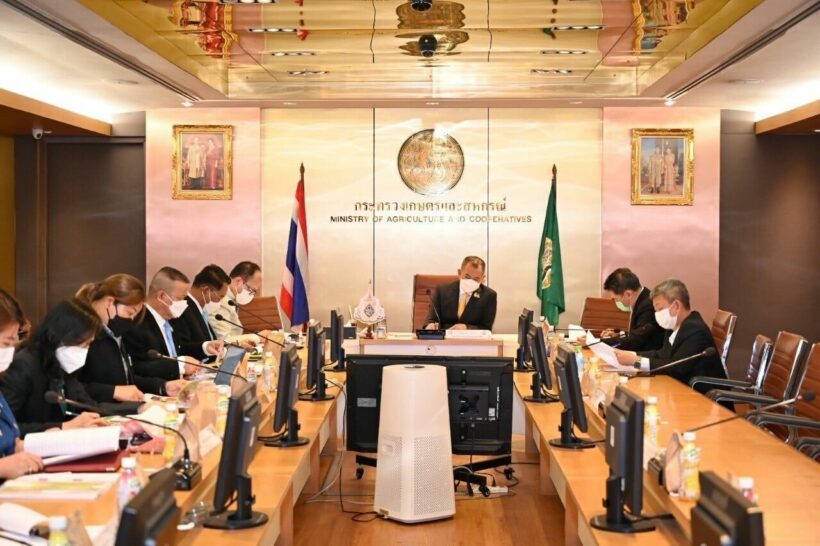 We’ve all heard of the Sandbox entry programmes, designed to allow vaccinated travellers to roam freely in areas considered to be at low risk of Covid-19. But now authorities are discussing a so-called “Pig Sandbox” as a way to isolate farms from areas at high risk of the African Swine Fever, which is said to have caused a shortage of pigs leading pork prices to skyrocket.

Yesterday, the Ministry of Agriculture and Cooperatives agreed to reopen local pig farms under the “Pig Sandbox.” This scheme will be a special controlled area allowing farmers to raise and sell pigs only within the designated area. This measure aims to control the spread of ASF or African Swine Fever and offer quality pork to meet the market demand.

The Agriculture and Cooperatives Ministry, Chalermchai Si-on, informed after the meeting with the National Committee for the Prevention and Control of African Swine Fever that the first tier area for Pig Sandbox will be indicated later. Those farms will be operated under “3S” measures: scan, screen, support First, scan to estimate the risk of the spread. Second, screen to check how ready the farm is, and third support and help farms from raising pork, finding investment funds, and finding markets to sell.

The Department of Livestock Development says data shows that the numbers of farm pigs and breeders are decreasing from former years. The number of breeders is decreased, especially in the important provinces which is the source of pork. Other than that, most local farmers resize their farms to lower investing costs too.

The director-general of the Livestock Development Department also informed to put a tough measure to prevent meat and live pigs smuggling from aboard and operate active case finding at markets, farms, and slaughterhouses.