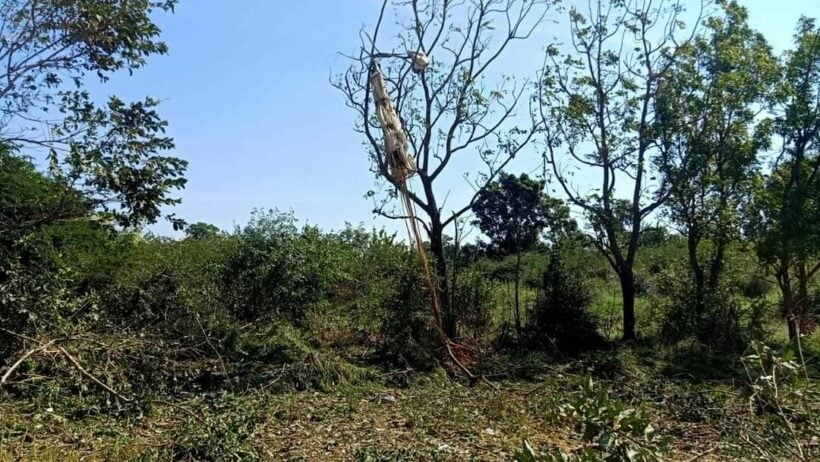 Warning: Some may find the photos below disturbing.

An F-5 fighter jet crashed during training in the Chai Badan area of Central Thailand’s Lop Buri province today morning, critically injuring the pilot. The fighter jet, from Wing 21, crashed onto a training field in Chai Badan district at 11am, according to Air Force spokesperson AVM Prapas Sornchaidee. The pilot ejected from the aircraft before it hit the ground, but he was still seriously injured and taken to the hospital for treatment.

The air force has a fleet of 19 F-5s based in the province of Ubon Ratchathani. Reports by the Air Force stated that the plane was over 40 years old, but had been properly maintained. Further investigation has been launched. The air force head expressed his sincere sympathy the wounded pilot.