The owners of a rubber plantation in the province of Songkhla (southern Thailand) have found 15 pineapples merged into one on a tree in their farm. 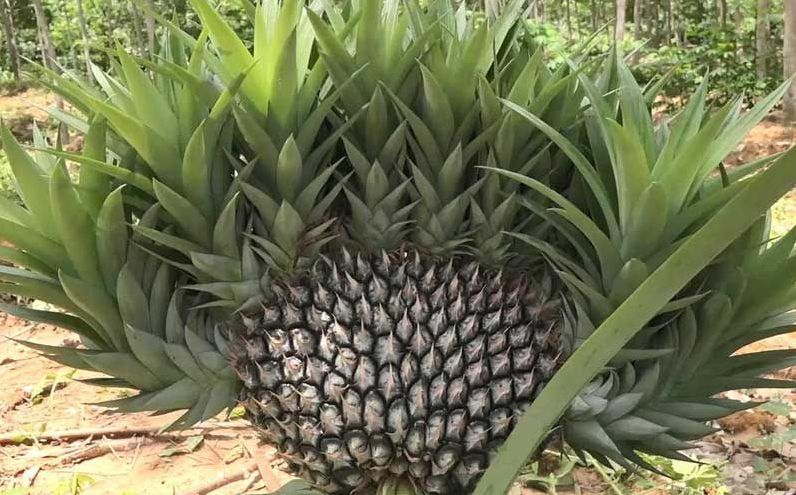 Reports say the farmer was so mesmerised by the deformed pineapple that he and his wife decided to place flowers, incense and candles beside it and worship it, in the hopes that it will bring them some luck.

Sources say that the farmer believed that it was so rare and lucky to come across so many pineapples merged into one, that he was convinced with his newfound good luck, he was definitely going to win the lottery on Friday.

He even relieved his lucky numbers are 158 to the media.

Stay updated with Samui Times by following us on Facebook.
News Categories:South Thailand NewsThailand News
Related Topics:Farmergood luckLotteryluckyPineappleplantationSongkhlaworship
Up Next

Amazing Floating Hotels in Thailand for 2022

Prosecutors to delay indictments of suspects in Thailand’s Tangmo case