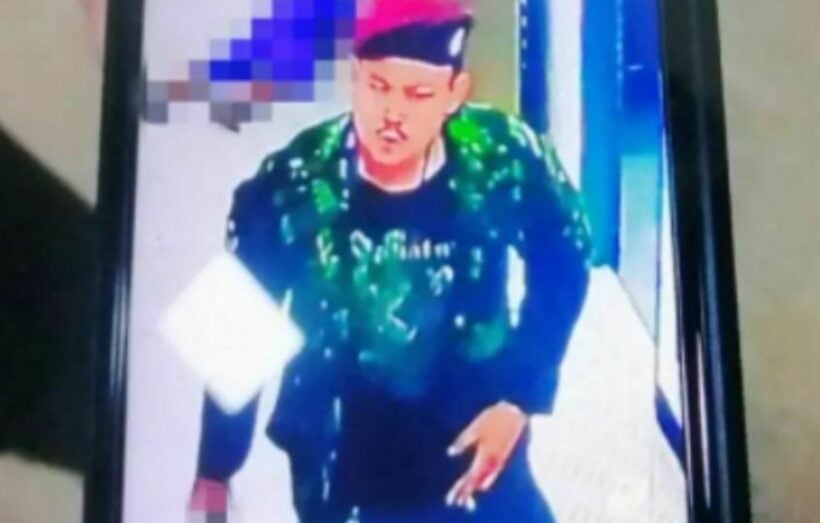 Police have arrested the suspect who allegedly shot and killed an employee at a Bangkok 7-Eleven and then broke into a Pathum Thani field hospital, killing a Covid-19 patient early this morning. 23 year old Kawin Saengnilkul, a former special forces soldier, was reportedly holding a person hostage at a relative’s home in Ranong when the police arrive at the scene.

At around 3:30am this morning, Kawin allegedly opened fire at the Princess Mother National Institute on Drug Abuse Treatment in the Thanyaburi district, just outside Bangkok, which serves as a temporary field hospital for Covid-19 patients.

Video surveillance from the centre shows a man dressed in a camouflage outfit with a red beret shooting a glass door, shattering it. He walked in and approached a patient who was leaving the bathroom and shot him point-blank. The 54 year old patient died. No one else was shot. Reports say the gunman drove off in a white Isuzu pickup on the outbound side of Phahon Yothin Road.

Later developments in the investigation found that a shooting at a 7-Eleven in Bangkok earlier this morning appeared to involve the same suspect, except he was dressed in civilian clothes. At around 2am, the gunman had reportedly refused to pay for the bottles of beer he broke while shopping. He then shot the convenience store clerk, killing him.

Kawin served as a private in a special warfare unit in Lop Buri. He was dismissed in November 2019 and reports say he underwent treatment for mental illness in 2019 and 2020. Police told the Bangkok Post that Kawin decided to become a special forces soldier because of his love for weapons. On Kawin’s Facebook page, many of his photos and videos, including his profile photo, show him with a gun.

Police tracked Kawin down to a home in Ranong where he was reportedly holding a person hostage. Police surrounded the home. Kawin surrendered to police around 12:20pm. Officers confiscated 2 guns.

5.7% of foreign residents in Thailand have received a dose of the Covid-19 vaccine