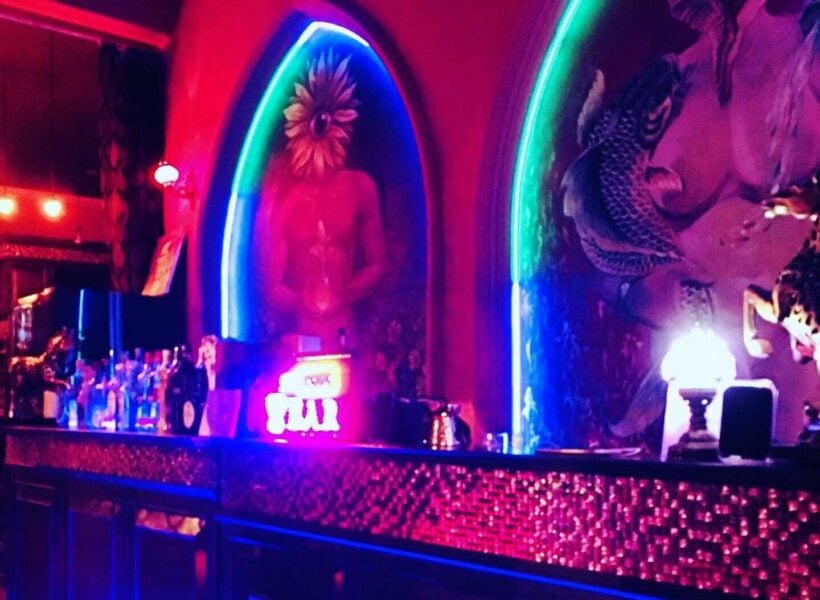 In another police raid in Pattaya, more than 100 people reportedly fled a party held at a local art gallery at 10:30pm last night, past the 9pm cutoff time for alcohol sales at restaurants. The Pattaya News says partygoers were jumping fences and climbing out windows to flee from police at the Ma Ha Na Cafe and Art Gallery in Jomtien.

According to Pattaya police officer Kullachart Kullachai, who led the raid, security personnel attempted to slow down the raid when officers entered the venue at 10:30 pm, which allowed partygoers time to flee the building. Reports say they climbed over walls, jumped out of windows, and even dashed into traffic.

Police say they arrested the “caretaker” for allegedly operating the venue as a nightclub and allowing alcohol sales, as well as a lack of social distancing and other Covid-19 guidelines. Police later stated that they were concentrating their efforts on the venue’s personnel, management, and owner, rather than on fleeing clients. Further legal action will be taken, as the venue has been raided in late December for allegedly infringing Covid-19 measurements by being open past the official closing time.

Tight Covid-19 measurements have resulted in the closures of many nightlife venues, including bars and clubs, since early April last year. However, some of them were allowed to reopen by converting their venues into “restaurants,” with alcohol restrictions being eased in “blue” zones, including Pattaya, and booze permitted to be served until 9pm.

Yesterday, Pattaya police warned that the raids will continue every night with a directive from the CCSA and government authorities, citing that officials may have to put a complete ban on alcohol sales at restaurants in the province if businesses continue to defy the recent regulations.