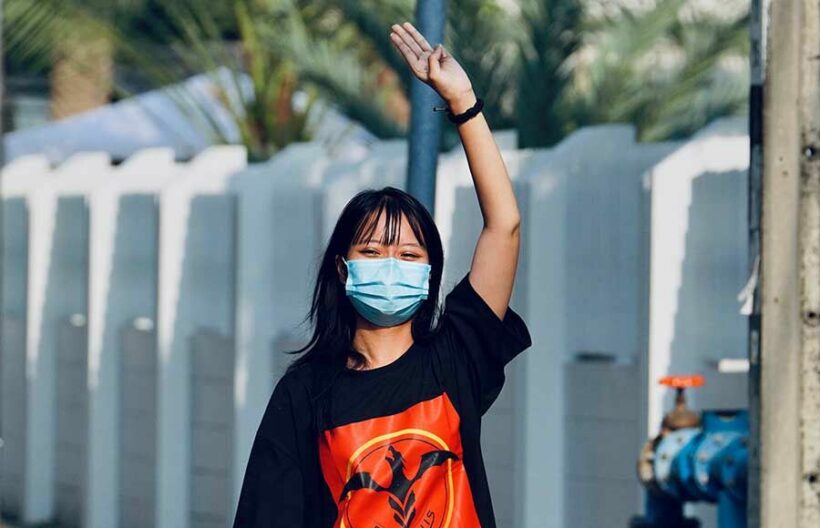 A bail application from monarchy reform activist Tantawan Tuatulanon has been rejected over a missing pay slip. Thai PBS World reports that the Criminal Court denied a bail application submitted by Move Forward leader, Pita Limjaroenrat. The reason given was that Pita had not submitted his MP’s pay slip with the application.

According to the court, Pita needed to provide a pay slip that would prove he receives a salary and to rule out any other reasons for granting bail. The Move Forward leader had submitted a letter issued by the Office of the Secretary-General of the Parliament to certify his salary as a bond for Tantawan’s bail application. The move was in response to police seeking a court order to have the activist held for another 12 days.

The court has granted permission for 20-year-old Tantawan, also known as Tawan, to be detained for a further 5 days. She has been charged with defaming the monarchy, resisting officers, and violating the Computer Crimes Act. The latter charge relates to her March 5 live broadcast before a royal motorcade, in which she called into question the priorities of the police and the monarchy, while farmers protesting nearby had been forced to clear the area to make way for the motorcade.

The court also took exception to Tantawan’s decision to wear black during her broadcast, given that the colour is seen as inauspicious and something that should be reserved for mourning. The activist has been held since April 20, when her bail was revoked for breaking bail conditions by being close to a royal motorcade and posting about the monarchy on social media.

It’s understood Tantawan has now been on hunger strike for 28 days and is reported to be very weak, according to Pita and Thai Lawyers for Human Rights. Pita has said he intends to re-submit a bail application.