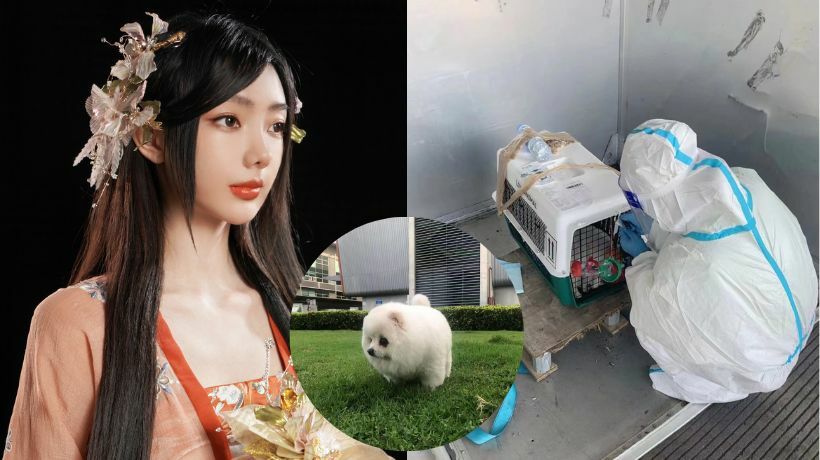 Thai pop star Prompwilai “Mimi” Leesiriroj has demanded an explanation from Thai Airways, and China Eastern, as to why her pet dog, Melody, died while traveling on a flight from Thailand to China on Friday.

The 22 year old singer, also known as Mimi Lee, found stardom in China after she won a reality TV show called Produce 101 China, and took her place as a member of the Chinese girl group Rocket Girls 101. She is known among her Chinese fans as Li Ziting (李紫婷).

Mimi has been separated from her Pomeranian pet dog since the Covid-19 pandemic in 2020 and was looking forward to being reunited after 2 years apart. But her joy was short lived and she took to social media on Saturday, informing her followers on the Weibo application (China’s version of Twitter) that her pet dog, Melody, died while traveling from Thailand to China.

“I thought this weekend would be full of happiness as I was about to meet my dog again, but things turned out terrible. My hands are shaking as I type this. What happened was my pet dog Melody finally boarded a flight after passing through different disease prevention measures. I was looking forward to seeing my dog since we haven’t been together for 2 years. I arrived at the airport in the early morning to welcome my dog, but the officers who received my dog said the dog had already died. What happened to my dog?”

The Bangkok-born songstress says she contacted the two airline operators responsible, Thai Airways and China Eastern, but both refused to make known what happened to the dog. A China Eastern airline officer would only say that her dog was delivered at a high temperature.

Mimi and her Thai and Chinese followers urged officers from the airlines to explain what happened to the singer’s pet using the hashtag #ขอความยุติธรรมให้กับมีมี่ which means justice for Mimi on Twitter.

The airline said, “The pet dog boarded a cargo flight from Thailand to Shanghai on Friday, June 24. The airline has noticed and acknowledged the incident and doubts from netizens. Please believe that we have always valued every animal. We are investigating our transportation department and would explain the incident as soon as possible.”